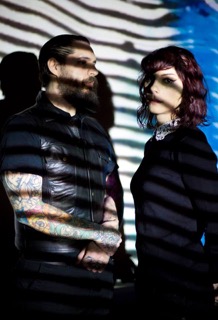 Se Delan has launched the first track from their forthcoming sophomore album, Drifter, due for release via Kscope on 29th April / 3rd June in France.

The track entitled “Going Home,” is streaming below-

“The song is about the final destination and the ride up until the last breath,” commented vocalist Belinda Kordic. “For me death is about going home – the last permanent address, a kind of reassurance of a safe haven from all the evil and hurt going on in the world as we know it. It worries me to no end what is becoming of mankind. Yet you pick yourself up and honor the life you have been given. You soldier on. You just have to.”

The follow-up to 2014’s The Fall, the duo set about to make an album that felt raw, more natural and human. Together with their shared influences (“music, film and life”) and a mutual understanding of the way each other works has led to Se Delan creating an album that musically and lyrically looks at madness and how the line between sanity and insanity can at times appear frighteningly thin.

Drifter takes the slow and dreamy nature of the music from the duo’s debut album The Fall and moves it to a far darker place through the lyrics and layers of sound that pulsate throughout the record. By giving up all pretentions and just following their hearts, Justin Greaves and Belinda Kordic recorded (with Ritchie Chappell at Tripdown Studio) in a way that simply captures how they felt as humanly as possible.