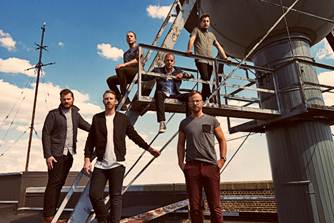 Straight from SXSW to the UK

Odds are pretty good that you have already heard Bronze Radio Return and their rock-roots, pop anthems, even if you may not realise it. Since 2008, the six-piece from Connecticut (USA) has independently released 4 studio albums (2015’s ‘Light Me Up’, 2013’s ‘Up On & Over’, 2012’s ‘Shake, Shake, Shake’ and 2009’s ‘Old Time Speaker’), sold over 150,000 singles and racked up more than 30 million streams on Spotify. With songs such as ‘Further On’ and ‘Shake, Shake, Shake’ they have impressively accumulated nearly 100 high-profile placements ranging from the 2014 film St. Vincent, to commercials for Nissan and Starbucks, to numerous television shows.

In April – straight after four shows at the SXSW festival in Austin TX – the band will be heading over to the UK to play for the first time, joining British band The Dunwells on the road. The tour kicks off April 1st at The Louisiana in Bristol and closes on April 11that Manchester Sound Control, with stops including Norwich Waterfront, London’s Lexington and Glasgow’s King Tuts plus more in between. After the UK leg of the tour the band head to Paris to continue in Europe.

For tickets and more information please go to their website.