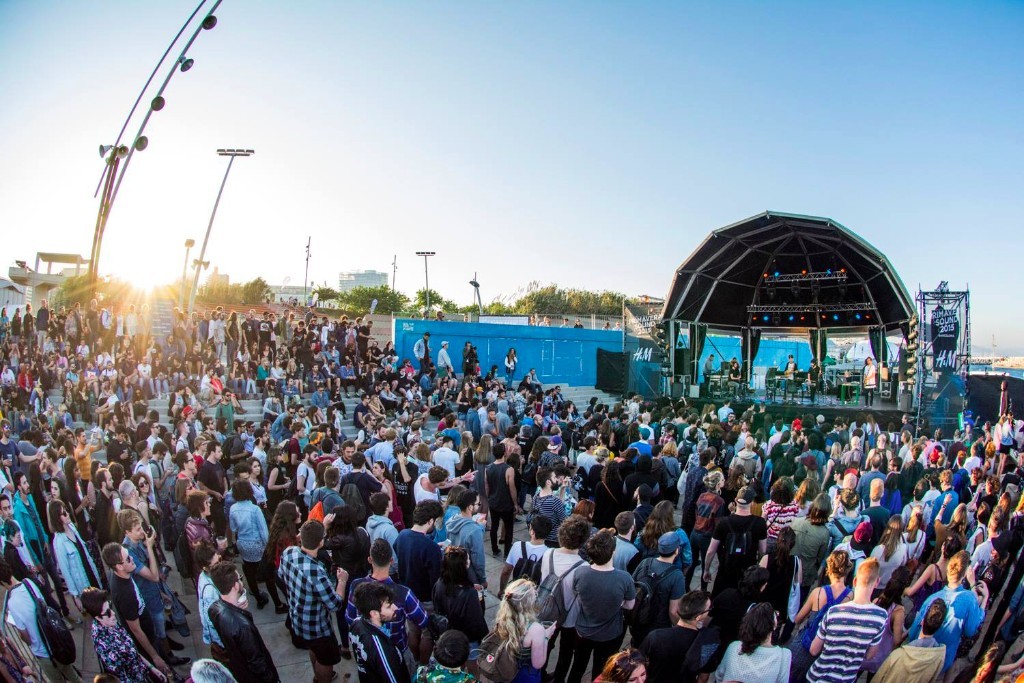 PRIMAVERAPRO 2016, WHERE THE MUSIC INDUSTRY MEETS
PrimaveraPro’s seventh edition that will take place in June in Barcelona

Up to 39 bands from all five continents will be at PrimaveraPro 2016 to demonstrate just what they are capable of before representatives of a major part of the world music industry, not to mention thousands of members attending Primavera Sound. At its new edition, its most ambitious and diverse to date, PrimaveraPro will have more participating countries than ever, 11, amongst which there are some fascinating newcomers including South Korea and Peru. All of them will present their most exciting emerging acts, with the objective of establishing closer ties between the independent scenes of the countries and to boost cultural exchange on a worldwide level.

Once more, the presence of South American countries will be significant with an important contribution from Brazil (through A Construtora Música e Cultura and of Balaclava Records), Chile (IMI Chile) and Peru (IMIP) introducing the ever-increasing independent music stars on their scenes. A Construtora Musica e Cultura will bring explosive punk by Water Rats, fabulous psychedelia from O Terno, the riotous Aldo The Band and danceable rock from INKY, and Balaclava Records will present showcases from the instrumental Mahmed, the dreamy Quarto Negro and electronic landscapes by Nuven. IMI Chile, for their part, will bring hedonistic pop by Planeta No, shoegaze of the British tradition from Chicago Toys and passionate hip hop by Tunacola as exponents of the Chilean scene. IMPI will show the emerging strength of the Andean country with irresistible psychedelic folk by Kanaku y el Tigre, garage pop from Los Outsaiders, Gala Briê’s delicate electropop and the emotional folk-pop by Wolves As Friends.

One of the most exciting additions at this years Pro will be the participation, for the first time, of three bands from South Korea, through the Korean Arts Management Service: wedance, Dead Buttons and DTSQ, will prove that there is life beyond Korean pop by presenting their varied takes on rock. Continuing with representatives from the Asian continent, Israel will participate once again through Sounds From Israel presenting the post rock of Tiny Fingers, Cut Out Club’s infectious funk and the electropop magic of Noga Erez, already known for being the voice of The Secret Sea.

South Africa’s independent scene will once again show its vitality thanks to IMEXSA, with a representation formed this year by the hip hop rhythms of Jay Cubed, Moonchild Sanelly’s exotic electronic pop and the militant music of Anam; while Australia will again show why it is one of the most fashionable countries when talking about emerging musical talent with bands of the calibre of The Meanies (pure rock & roll), the inspired indie rock of Gang of Youths, Money For Rope’s exuberant garage, the luminous Oh Pep!, and the future folk star Jack Carty: all presented by Sounds Australia.

And, of course, Europe will be there, with Italy and A Buzz Supreme/Modernista (with the festive Altre di B, art rock by Sycamore Age and synth delicacy from Matilde Davoli), Poland and Don’t Panic, We’re From Poland! (with powerful metal from Merkabah and overwhelming electronic music by RSS Boys), and Luxembourg with Music: LX presenting the fascinating emotional electronic music by Sun Glitters. Sounds from Valencia, will come to Barcelona with two emerging proposals from the region, Odd Cherry Pie with their cosmic punk folk and old-style country by Badlands.

PrimaveraPro 2016 will take place from 1st to 5th June in the centre of Contemporary Culture of Barcelona (CCCB) and the Barcelona Museum of Contemporary Art (MACBA), and aspects such the future of music marketing, the growing role of Latin American festivals on the international circuit, the impact of streaming on the sector and the role of women in the music industry amongst many more topics still to be revealed will be discussed in great detail.

Niall McKenna Releases New EP ‘No One & Nobody’