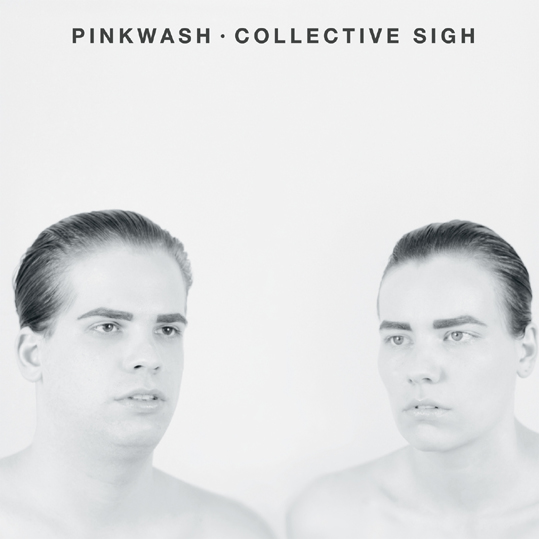 “Amid the feeling of powerlessness, Pinkwash use their music to re-assert control, confronting grief and anguish with high volume catharsis rather than quiet acceptance.”  Pitchfork

“Pinkwash play a fiery, feral form of math-punk, getting locked into these enormous grooves that have their own geometric logic.” Stereogum

Philadelphia prog-punk duo PINKWASH have announced the release of their full-length debut record, Collective Sigh out May 13 on Don Giovanni Records. Comprised of long time friends Joey Doubek and Ashley Arnwine, who have previously played in Mass Movement of the Moth, Ingrid, Waxahatchee (Ashley is a current member), Des Ark, etc., the band has delivered a dark, durgy and deceivingly sensitive collection. While previous releases represent anger and frustration, Collective Sigh provides a process of coping for vocalist Doubek, whose powerful delivery—from a high-pitched scream, as if he’s on the verge of cutting out, to a strong-trained melody—is one of a kind, undeniably unique.
SPIN have premiered the first single “Longer Now”

Wrought with rib rattling rage, “Burning Too” explores the anxiety that is born when made aware of intangible quality of bodily existence. The emotive yelps, punishing drums and dissonant guitar of “Gumdrop” bring listeners to their knees. Full of heavy, fuzzed-out riffs, searing vocals and tight, grueling percussion, the album oozes intensity and catharsis.

Residing in Philly, PINKWASH came of age in DC and the political nature of their message is tangible. The name PINKWASH refers specifically to a type of marketing that capitalizes on the suffering of those with breast cancer.  After Joey’s experience of being the primary caregiver to his mother who died of breast cancer, and Ashley being his friend through that time, the name seemed appropriate.  It aims to draw attention to the wrongs of a system that capitalizes on and trivializes people’s pain and suffering. In that way, the name is both political and personal, just as Joey’s lyrics are on PINKWASH’s new LP. 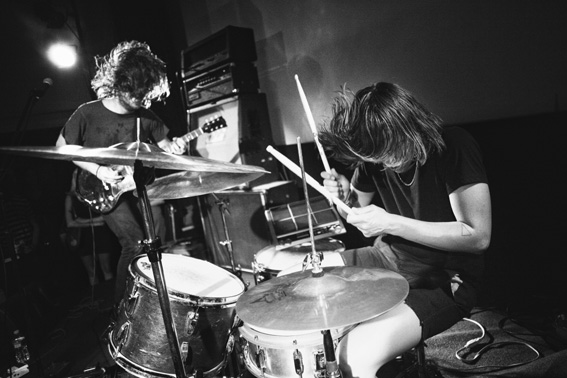