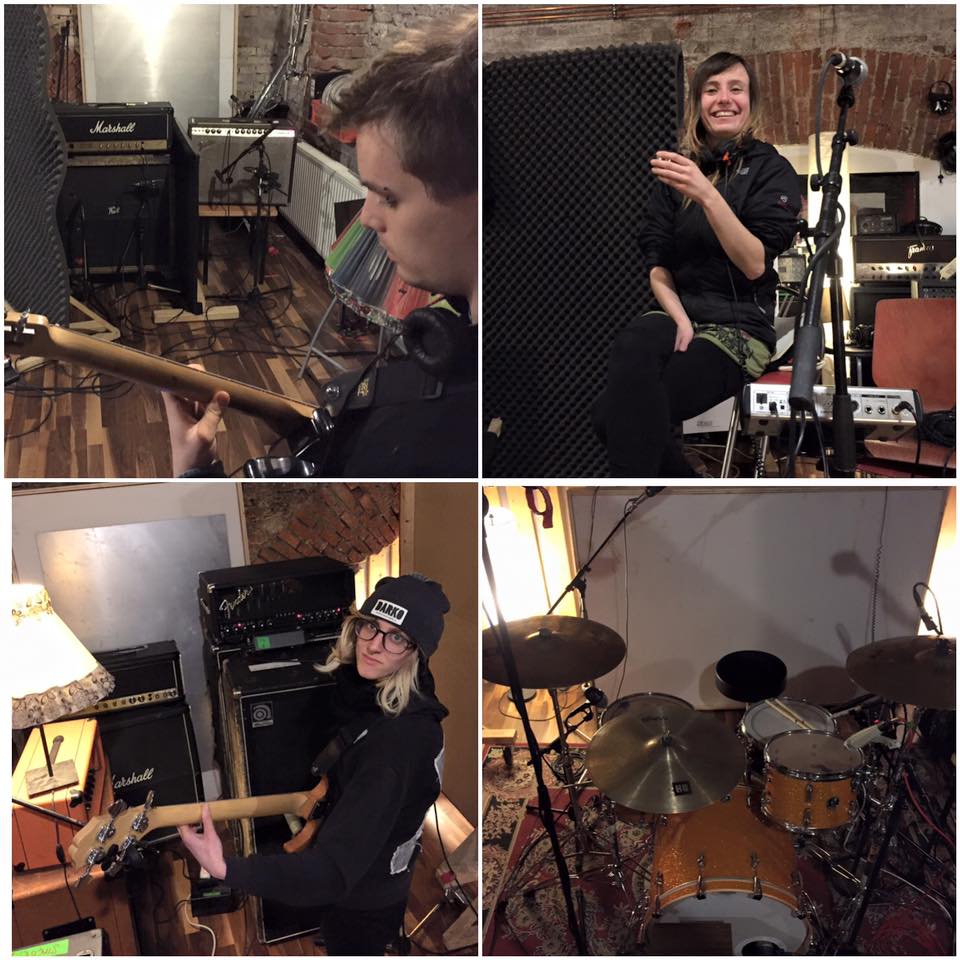 Petrol Girls are currently hauled up in S.T.R.E.S.S. Studio, Graz, Austria with producer, Tom Zwanzger, recording 10 tracks for their debut album, yet to be named – Due for a late Autumn release with Bomber Music.

“Things are going really well so far” says drummer, Zock. “We’ve recorded drums and guitar live and got seven songs down. We should be able to start tracking bass and vocals by Sunday!”

“We’re really excited to be working with Petrol Girls, they are an important new band with something to say“ says Donagh O’Leary of Bomber Music. “We’re expecting a great album from them, full of real raw emotion and intelligent anger – things that are sorely lacking in most other bands these days.”

The debut album follows on from ‘Some Thing’ which was released through Bomber Music, Laserlife Records and Panic State in February 2016 and the debut, self-titled EP, released in March 2014.

Formed in 2013 for an international women’s day gig, Petrol Girls continue to tour regularly around the UK and mainland Europe.
Their music combines manic jagged rhythms with vocals that range from furious screaming to intricate melodies and harmonies. Drawing direct influence from Refused, White Lung, Bikini Kill, Fugazi, RVIVR, Propagandhi, At The Drive-In and War On Woman, Petrol Girls have sculpted a sound and a performance that is not only explosive, but highly detailedandrawkus.

‘Some Thing’ is out now through Bomber Music – http://store.bombermusic.com/