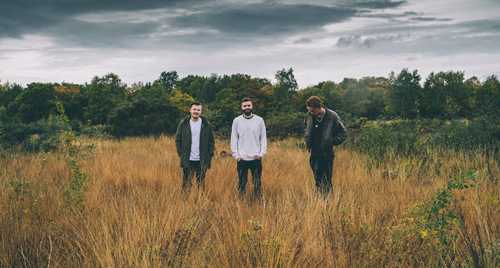 Following their incredible US debut last week Mt. Wolf reveal the stunning ‘St. Michael’ in advance of the release of their EP Hex this Friday.
The band took L.A. by storm this month with 3 live shows in one week, followed by their SxSW debut, which saw them named as one of NPR’s top 100 Acts to Watch as well as KCRW’s Top 5 bands to see at the festival.
‘St. Michael’ showcases perfectly the band’s matured and evocative sound. Gorgeously hymnal in tone, it positively soars with vocalist Sebastian’s delicate yet powerful falsetto.
Revered for their live sound, which manages to unite and fracture audiences in equal parts, the band have confirmed a headline show in London in May as well as their addition to the Dot To Dot Festival line-up.
TUE 10 MAY – Oslo Hackney – London – TICKETS
FRI 27 MAY – Dot To Dot Festival – Manchester – TICKETS
SAT 28 MAY – Dot To Dot Festival – Bristol – TICKETS
SUN 29 MAY – Dot To Dot Festival – Nottingham – TICKETS
Mt. Wolf will release their latest EP ‘Hex‘ through CRC Music on 25th March. The EP will be followed by their highly-anticipated, debut album in the Autumn.
With a brace of critically-acclaimed EPs under their belt and a personnel upheaval behind them, Mt. Wolf move into a thrilling new phase of their voyage. Now a firmly consolidated three-piece, the band continue their hallmark splicing of electronic and acoustic elements. Singer and producer Sebastian Fox, guitarist Stevie McMinn and drummer Alex Mitchell combine skittering electronic beats with hymnal tenor vocals in a record full of glorious swells and fades. Hushed intimacy is slowly layered with soaring, monumental choruses and fervent, lush rhythms in‘Anacrusis‘ share recently by the band.