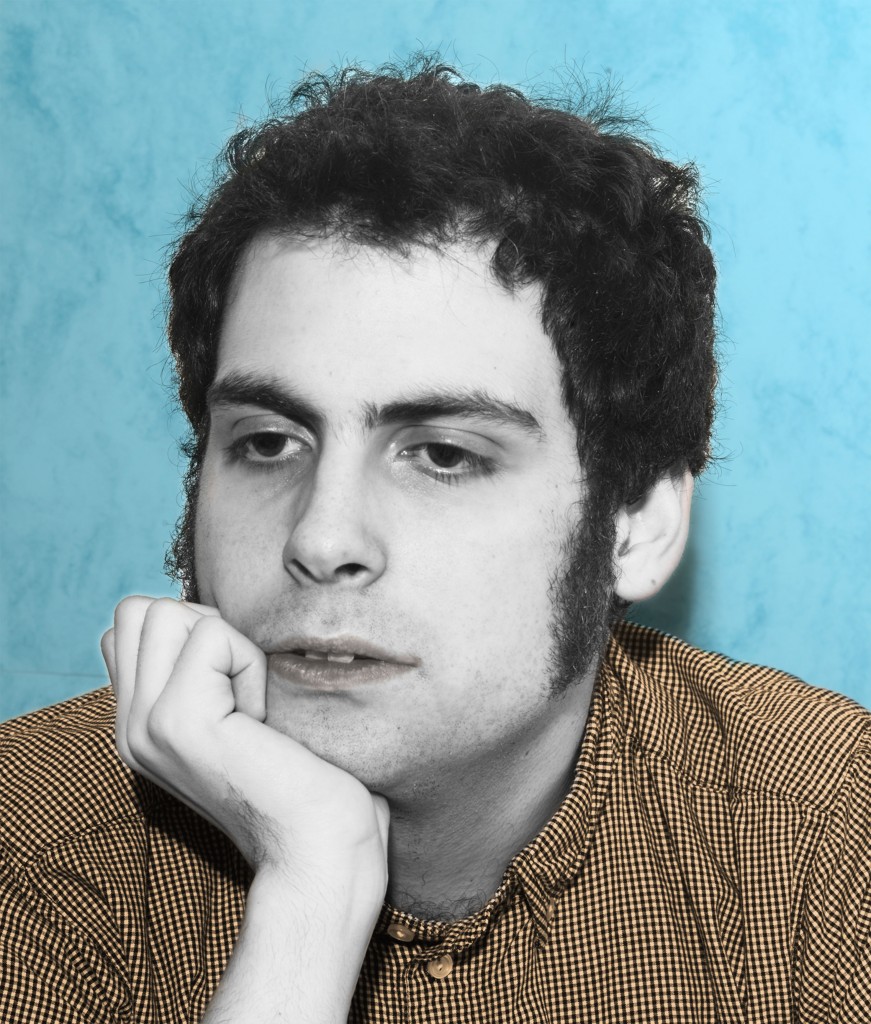 Mo Troper Streams “First Monkey In Space”
via The Oregonian

Portland indie-pop Mo Troper are now streaming “First Monkey In Space,” the new single off of Beloved via The Oregonian. The Oregonian calls Mo Troper “the best power-pop songwriter in town,” which shines through on the biting “First Monkey In Space.” His debut album Beloved comes to Good Cheer Records on April 29th. Pre-orders are available now through Bandcamp.
Stream “First Monkey In Space” now via The Oregonian.
Beloved is the first solo record from Morgan “Mo” Troper, who cut his teeth in local bandsYour Rival and Sancho. With his new project, Mo Troper unleashes his bitter tongue and skill for lo-fi melodic music. Beloved is reminiscent of bands like Superchunk and Elvis Costello, but what’s released is an album of decidedly modern indie pop.

Mo Troper will be playing at Rontoms in Portland, OR on March 27th, and have two record release shows planned for the beginning of May. A full list of dates can be found below.

The term songwriter deserves a demotion, or maybe a big retirement party with balloons and cake. It’s almost never attached to women and men worthy of its tradition. Which makes coming across an artist like Mo Troper all the more rewarding.
While he may indeed have some genetic predisposition toward it – writing runs in his family – what makes Mo Troper one of the finest songwriters in Portland, Oregon (and one fo the great, underrated musicians of his generation) has more to do with his ears and his heart than it does with his genes. Troper is an obsessive music fan, at the expense of sleep and social graces, and repeated listens to his songs reveal obscure references and loving tributes to other artists. He’s a terribly hard-working performer: he bends his voice well past its natural limitations, growing visibly varicose and sweat-drenched toward the end of a show. And most importantly, he interrogates himself viciously in writing each new song. It’s not to appease critics, but to subdue an inner voice that is monstrous and relentless.
See, to the outside world, Mo Troper is a sweetheart. He is quiet and sensitive, a good listener, and he wears his heart on his sleeve. In his outward-facing life he is accommodating and lovely. But Mo Troper the songwriter is kind of an asshole. He twists all of those noble qualities into their shadow-world counterparts. He’s too sensitive to let any perceived slight slip by; he listens close enough to overhear offhand comments that he’ll spend his lonesome hours picking apart; He gets worked up about loving gestures that go unrequited and he is furious, always, about hypocrisy.
Mo Troper has grown exponentially in his first decade as a songwriter, both in bands like Your Rival and Sancho, and on his own. His tongue is sharper, his turns of phrase are snappier, and his songs are tighter than ever before. But he has not mellowed. On Beloved, Troper locks horns with old friends, critics, and exes. He trades in rumor and innuendo. And now that it’s all packaged with his name on the front -members of Portland’s Mr. Bones fleshed out the instrumentation on this record – Troper gets to own it, just like other temperamental singers (Morrissey, Elvis Costello, and Fiona Apple come to mind) have owned it before him. And as is the case with those artists, the anger resonates because the deepest cuts are aimed right at Troper’s own heart. There’s a rare combination of tenderness and self-loathing on Beloved, which spills into the lyrics of the hauntingly minimal “Vacation”, “And every boy you’ve spoiled since / has kissed you better than I ever could / It’s the big teeth and bad attitude / But I can live with that / I haven’t killed anyone yet.” Yet, he says, just to keep us guessing.
The truth is that we need songwriters like Mo Troper to keep it uncomfortably real. We’ve all got a list of complaints that we keep to ourselves, we’ve all got jealousy and bloodlust somewhere deep down, and we all struggle with self-doubt. Troper lends a voice to that part of us that never got past the slings and arrows we suffered in high school. When he performs, he lets his inner teenager – the one that’s secretly sentimental about despising sentiment – out into the world to roam free. He is a werewolf, and he is out for blood.
This latest, characteristically lo-fi and melodic installment in Troper’s catalog is proof that a seasoned artist can be graceful and brutal in the same breath. Indeed, you’ve gotta be cruel to be kind. But first you’ve got to be real. Mo Troper is all of the above.