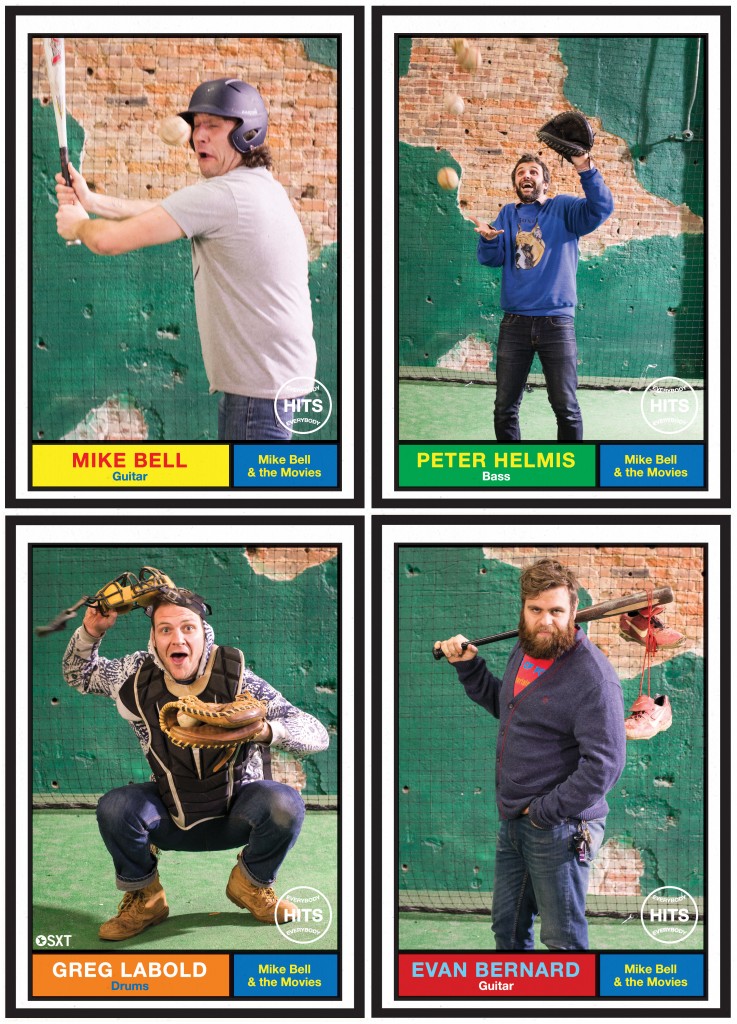 Mike Bell & The Movies are now streaming their new single “Kung Fu Nightmare” viaWXPN’s The Key. A quote from singer Mike Bell on the story behind the song and the record can be found below. Mike Bell & The Movie’s new album Room comes to Lame-O Records on April 1st. Pre-orders for the album are available now digitally and physically.
Stream “Kung Fu Nightmare” Now via WXPN’s The Key.
The name “Room” came to fruition after an exchange with Barclay, guitarist/singer of Business Models, when the band [Business Models] was finishing up their album. They were looking for a name and my idiot brain exclaimed “Room.” A deal was struck; ifBusiness Models named their album “Room” the Movies would too.

At that point I had not started working on songs for a new Movies album, we had just wrapped up mixes for our first album “Nothing Works” and the process had left me disillusioned and exhausted. Turns out, the “Room” bet was exactly what I needed. I tend to enjoy having an album name before writing songs, it helps add cohesion to the process and gives a rough sketch to tether themes and concepts.

With the name in place, the idea behind “Room” became to utilize quotes/exchanges with friends and ex’s to tell the story of the places and situations we allow ourselves to go in the depths of heart break. Most of the songs on “Room” were written about the rooms in Philly and on tour where I found recovery. For example; the first verse lyrics to “Nothing Works” were scribbled, verbatim, drunkenly during a Joan of Arc show at Johnny Brenda’s, the opening line from “Philadelphia Girls” during a shopping trip to Shop Rite in South Philly and the first single, “Fucked If You Do”, takes place on my couch and was written hours after being broken up with, it was the first song written for the album.

The second single, “Kung Fu Nightmare”, takes place post-show upstairs at Kung Fu Necktie. It’s less a story and more a series of red flags. Warnings that were all there but can only be seen in hind sight; that the person you think you want back is actually the person you need distance from the most. Some lines are direct quotes; for example the chorus is word for word a text message from a friend from that night.

1. The Unwanted Dead
2. Fucked If You Do
3. The Cedar Point Incident
4. Nothing Works
5. Kung Fu Nightmare
6. Untitled 305
7. You’re The Brains Of The Organization
8. The Shining Loop
9. Eternal Low Flame
10. Philadelphia Girls (Winter Edition)

Mike Bell & The Movies are here to single handedly bring back power-pop whether you like it or not. The Philadelphia rock band falls where 70s Stiff meets 90s Merge. Featuring members of Dogs On Acid, The Superweaks and Year Of Glad, the collection of Philly’s best punk rockers come together to give you an album with as many hooks as you can handle.