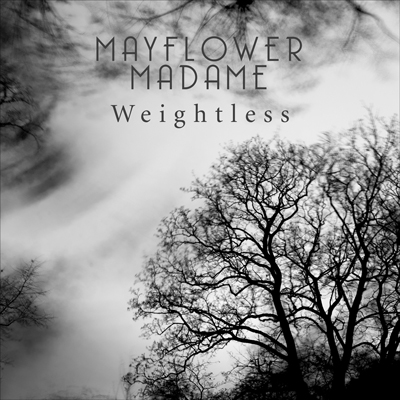 MAYFLOWER MADAME
DEBUT ALBUM ‘OBSERVED IN A DREAM’ OUT ON 22 APRIL 2015 ON NIGHT CULT RECORDS/CUSTOM MADE MUSIC
WATCH ‘WEIGHTLESS’ VIDEO
“Deeply atmospheric psychedelia, the band’s music exists in a haze, a smoke-laden fug. Recalling Spacemen 3 or aspects of The Velvet Underground, the band’s lysergic drag seems to colour all it touches.” Clash
“Taking cues from the Jesus and Mary Chain and other unsmiling acts they have removed all colours from their music, sticking to black, white and grey.” Here Comes The Flood
“Think early Black Rebel Motorcycle Club and also their obvious shared influences of the darker tone of music that cut a swathe through the eighties like Echo and The Bunnymen, The Jesus and Mary Chain and Bauhaus” Glasswerk

Norwegian band Mayflower Madame announce their debut album ‘Observed in a Dream’ will be released on 22nd April via their own label Night Cult Records in Europe and Custom Made Music in North America.
The cold winters of Oslo, where the band was conceived and formed, transpire in their own distinctive blend of post-punk, shoegaze and psychedelia, which has gained them comparisons to the likes of Bauhaus, The Jesus & Mary Chain and Spacemen 3.
The first single to be taken off the album is ‘Weightless’ is a perfect introduction to the LP. Loud and fuzzy, the track creates a dark and haunting soundcape, as does its video, which has just been shared by the band.
LISTEN TO ‘WEIGHTLESS’: https://soundcloud.com/mayflower-madame/weightless-single-1
The darkness of the music is reflected in the lyrics too, in an album that talks about endings and the fluctuant, passing states of relationships and life itself.
Mayflower Madame are Trond Fagernes (vocals/guitars), Rune Overby (guitars), Petter Marberg (bass) and Ola J. Kyrkjeeide (drums). Additional live and studio member: Kenneth Eknes (synth)
www.facebook.com/mayflowermadame
www.instagram.com/mayflowermadame