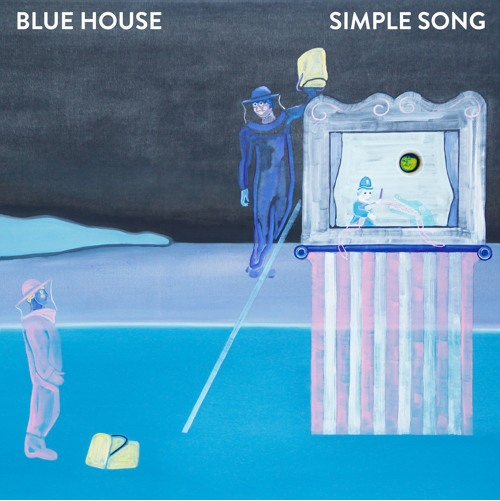 ‘We are really happy to be joining the Whipped Cream roster. It’s great company for our songs to keep and the whole ethos of the project has a freshness that enticed us more than the other directions we could have gone. We’ve been recording at Total Refreshment Centre and as Whipped Cream Records is closely affiliated with that place it all makes perfect sense to us’ Blue House

‘Simple Song’ follows Blue House’s charming indie-pop debut ‘Hot Air Balloons’ and its hushed acoustic B-Side ‘Confessional.’ While the 90’s-esque ‘Hot Air Balloons’demonstrated one facet of the band’s far-reaching sound and showcased their ability to craft an indie-pop gem, the latter recalled Elliott Smith at his most insular, decorated by Ursula’s voice and resonating in its own simplicity. Representing the first song the pair wrote together and following in a similar vein, upcoming single ‘Simple Song’ is a spontaneous and beguiling affair; ‘I came up with them the night before we went for our last day in the studio as James couldn’t find words for the verse that seemed to fit. I didn’t want the song to be discarded so I locked myself in my room and decided I wouldn’t leave till they were done.’ Ursula

The artwork continues the band’s ongoing collaboration with London based artist Phillip Reeves.