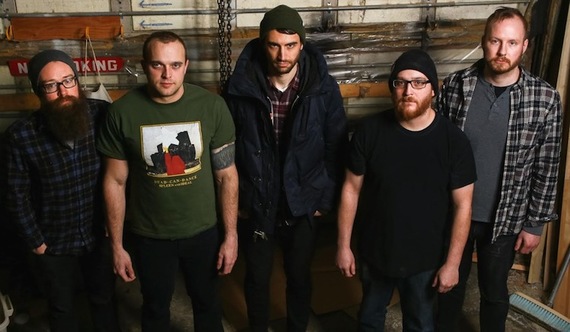 LIKE RATS DEBUT ‘GATES’ AS THEIR II LP NEARS RELEASE ON SOUTHERN LORD
Chicago’s Like Rats open the ‘Gates’ with a destructive new single from their Southern Lord-bound II LP. Formed by members of blazing powerviolence/grinders Weekend Nachos, this new entity deploys a different arsenal of mid-paced death stomps, and on ‘Gates’, the band run amok, demonstrating their talent for mixing old school Swedish-style melodies with bulldozing slam.
ENTER LIKE RATS’ LABYRINTH OF DEATH WITH ‘GATES’
Southern Lord will release II on March 25th. The record will be available on 12” LP and digital, as well as on CD. The latter, bearing the title Like Rats, sees the new II album joined by the band’s back catalogue for the first time with twenty-two tracks in total. Preorders are availablevia the Southern Lord store.
The Like Rats beatdown is much more infected by death metal than their forebears, with generous helpings of caveman swing and a damaging capability hewn from years of service in the heavy artillery, countering what would seem a brutish resolve with deeply satisfying songcraft. The catastrophic end result one may imagine by crossing the old-school slaughter of Incantation, Celtic Frost and Obituary over with the modern devastation of the likes of Nails, Black Breath and Dead In The Dirt. The band’s impending II LP surges with their most monstrous material yet, delivering eight new tunes with thirty-three minutes of pure savagery, and recorded by Andy Nelson (Dead In the Dirt, Harms Way).
LIKE RATS LIVE:
30/04/2016 TBA – Milwaukee, WI w/ Disrotted, Northless, Lifes, Owlscry [info]
01/05/2016 Downstairs – Chicago, IL w/ Disrotted, Staring Problem, Mexican Werewolf [info]