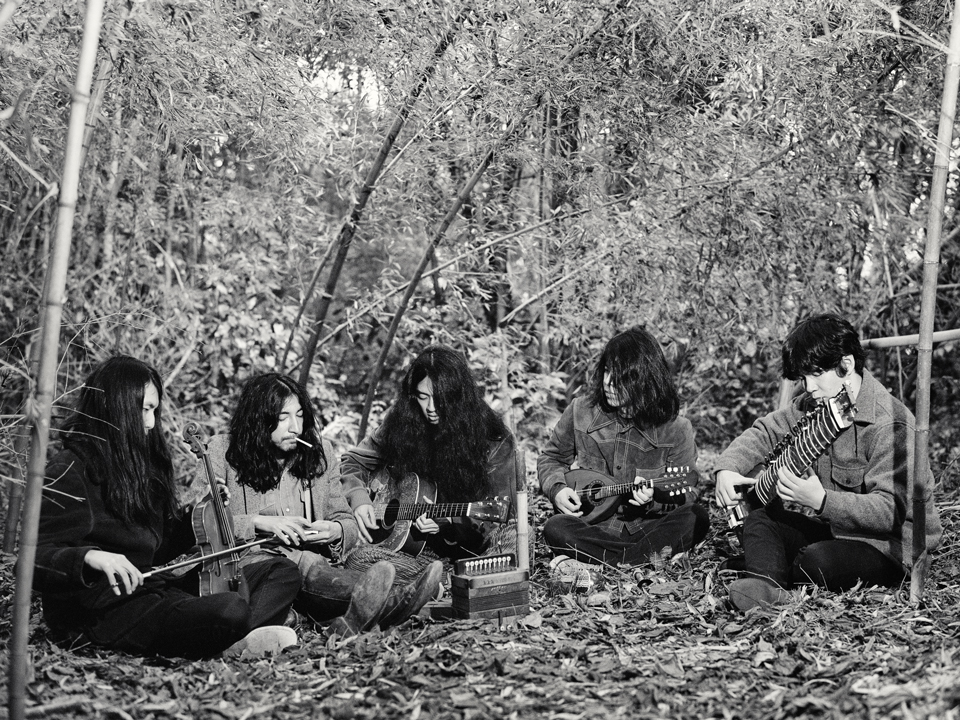 Following their split 7” with Moon Duo late last year, Tokyo’s Kikagaku Moyo have announced details of their forthcoming new album ‘House In The Tall Grass’ for release on May 13th via Guruguru Brain. The album’s atmospheric & elemental first single “Kogarashi” (the Autumn wind) is streaming online now & the band have announced a Spring UK tour.

“I came up with the melody and rhythm of Kogarashi, when I was about to fall asleep at the park” explains vocalistTomo Katsurada. “It was a nice warm day in the Autumn to get stoned and pass out in the park. I remember I was surrounded by the multi-coloured dead leaves and felt warm when I woke up. But all of the sudden, Kogarashi (the Autumn wind) blew all of the leaves away. It was a beautiful and psychedelic Autumn moment.”

Kikagaku Moyo call their sound psychedelic because it encompasses a broad spectrum of influence & elements of classical Indian music, Krautrock, traditional folk, and 70s Rock. Most importantly their music is about freedom of the mind and body, and building a bridge between the supernatural and the present. Improvisation is a key element to their sound.

Like a long journey ‘House In The Tall Grass’ unfolds itself through many layers. Existing fans of Kikagaku Moyo will be comforted by the soft vocals harmonies and warm sitar, but what sets this release apart is the refinement of the band’s song-writing and their delicate execution. Side A begins with a pair of travelling songs where the interplay between the vocals, guitar, and sitar lift and suspend the listener on an unexpected journey. The patient listener is rewarded with tracks such as “Trad” and “Silver Owl” which demonstrate the masterful balance the band has between soft and loud; chaos and order, or being both cold and tender at the same time.

‘House in the Tall Grass’ takes the listener by the hand on a satisfying quest through destinations both familiar and unknown. It is a natural step forward for the band and perhaps the most refined example of their style to date.

“We wanted to make a record which would bring scenic images to the listeners” explains drummer, Go Kurosawa.“The idea came to my mind when I took a trip to the north of Japan. It was very cold outside, but the place I stayed was warm. I was amazed by how quiet it was outside with the snow absorbing all sound. It felt like I was covering my ears with my hands or I was under the sea. We wanted this to be a conceptual album, not a compilation of discrete tracks. I had been listening to two film soundtracks, one written by Bruce Langhorne for a western movie called The Hired Hand, the other, Ry Cooder’s soundtrack for Paris, Texas. I was deeply inspired by these records, and both created the kind of intense scenic images I was interested in.”

Kikagaku Moyo started in the summer of 2012 busking on the streets of Tokyo. Though the band started as a free music collective, it quickly evolved into a tight group of multi-instrumentalists.

Their first, Self-Titled, record was released digitally and discovered by Cosmic Eye/Sound Effect Records in Greece, who put out their first 12” LP. The band’s popularity spread extensively through the blogging community. Their first tour took place in Australia sharing dates with the Aussie band Dreamtime. By April 2014 Kikagaku Moyo had recorded their second LP “Forest of Lost Children” which was released in May 2014 by Beyond Beyond is Beyond records. Additionally, they released “Mammatus Clouds” on cassette via Sky Lantern Records, showcasing the band’s experimental side. The band toured the US at the same time, sharing bills with Moon Duo, Eternal Tapestry, White Manna, Life Coach, and the Myrrors. They played at Austin Psych Fest and LA Psych Fest to high acclaim.

Their Self-Titled record and Mammatus Clouds were re-released on 12” vinyl later in 2014 by Captcha records in the US and Cardinal Fuzz Records in the UK. Both pressings sold out in a matter of days.  In support of these releases, the band toured the UK in October of 2014.

In 2015, Kikagaku Moyo toured for 35 days across Europe selling out shows in Berlin, London, Paris, Porto, Lisbon, Barcelona and Geneva. They appeared at Eindhoven Psych Lab and Duna Jam. The band has earned their reputation as fierce and captivating performers. 2015 also saw the release of several split 7” records, the first with Kinski on God Unknown Records and a self-released split with Moon Duo.

‘House in the Tall Grass’ artwork: 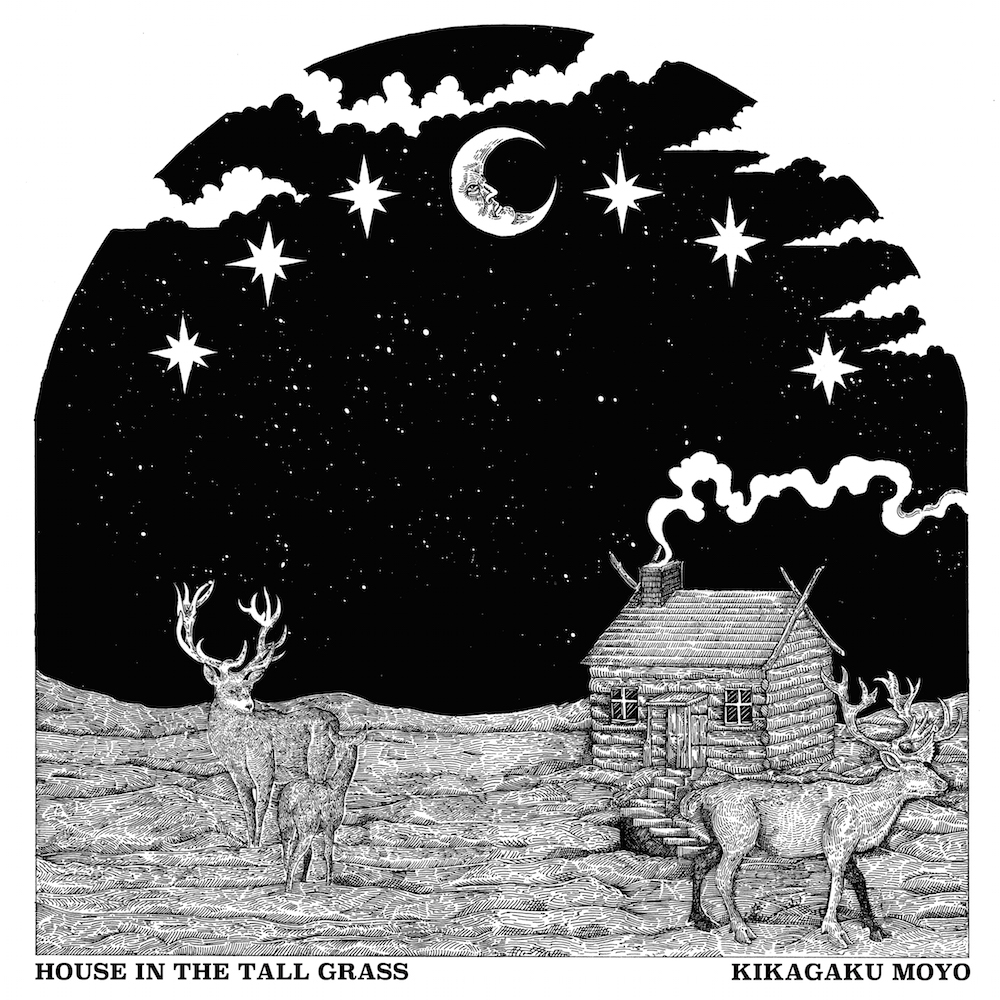 Russian Girlfriends Premiere “The Day We Put The Dog Down” via Alternative Press – ‘In The Parlance Of Our Times,’ Out June 21st on A-F Records