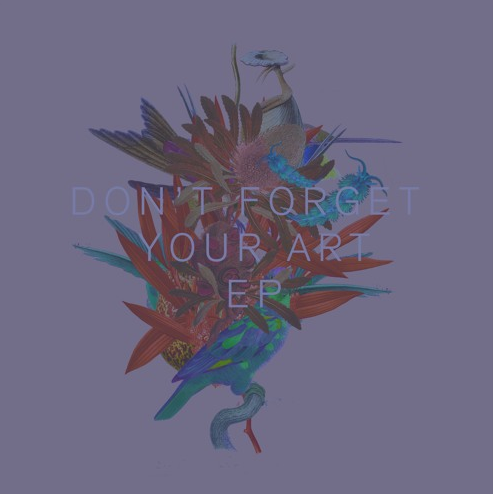 Sam Taylor was born in Kawakawa, on the north island of New Zealand. Taken to England as a baby, his young mind grew to see Kawakawa as a mythical, wondrous and distant paradise island on the other side of the world; a utopian and magical place that one day he would escape and return to.

Many years later, echoes of this childhood fantasy can be heard in the music of Kawakawa and Taylor’s own brand of dreamy folk pop. Following on from debut album Island Species, he now releases Don’t Forget Your Art – an EP where the pared down setting of only keys and his voice help the songs come alive within a subtly atmospheric setting. The delicate piano led songs which make up the new EP instantly bring to mind Ed Harcourt, Anthony & The Johnsons and ‘UP’ era REM.

While Island Species already explored themes of longing and escape, isolation and identity, this EP goes further and perhaps more intimately into these themes with the opening 3 songs, “Don’t Forget Your Art’, ‘I’ll Wait For You’ and ‘Miracle Survivors’, before veering towards newer territory with the abstract instrumental ‘Shower Music’.

Don’t Forget Your Art was written and recorded between stints touring Europe as multi- instrumentalist for acclaimed Australian singer-songwriter Scott Matthew as well as working with artists such as The Hidden Cameras, Paloma Faith, Royal Treatment Plant, French For Cartridge and Icons of Elegance.

Don’t Forget Your Art is available digitally from all the usual places or together with the full Island Species album and extra tracks from www.dinnerwithdaisy.com