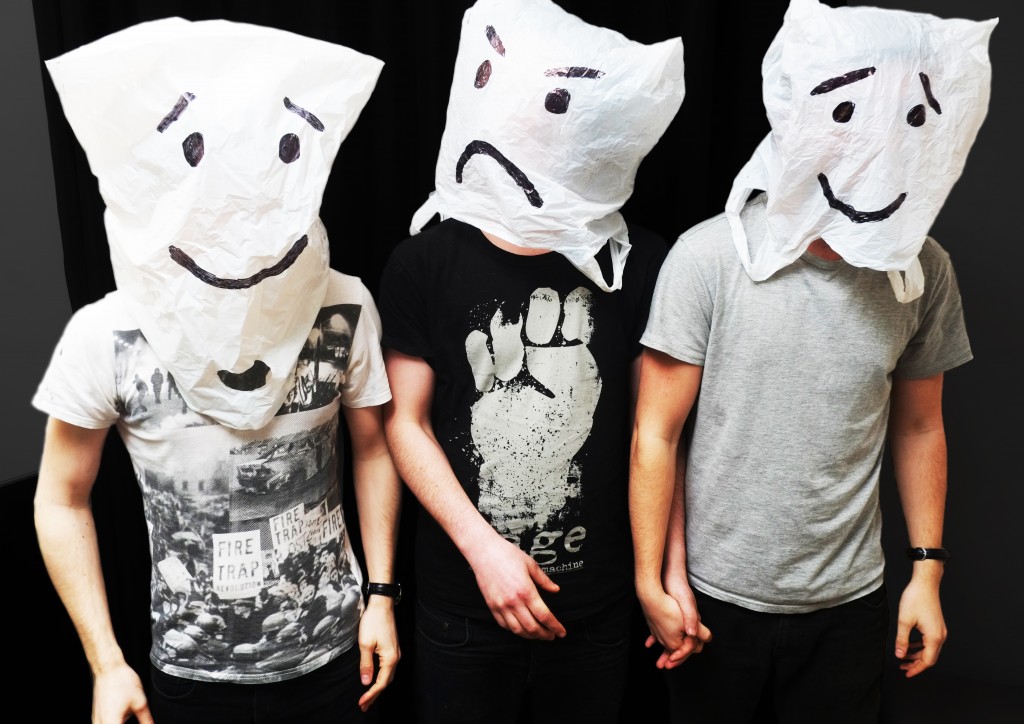 WATCH THE NEW VIDEO FOR ‘DANCING IN HELL’ FROM HULL DIY PUNKS, LEFT AHEAD

RIYL: Dead Kennedys, early Manics
Emerging Hull proper-punk threesome, Left Ahead are set to release their upcoming EP ‘Dancing In Hell”’ on Thursday, March 24 at The New Adelphi club in Hull. This will be their first gig of 2016 since recording the songs and filming/editing their accompanying videos. Dancing In Hell will be released via Warren Records in conjunction with local punk label, Hull’s New Breed.
Left Ahead are a three piece punk/rock band from the murky depths of a northern post-industrial town. Fuelled by anger at politics and society they started making a racket about it. Ash, Rudy and Jack were in the same class at nursery and now they share a stage together.
Speaking on the new EP and the band’s general inspirations, vocalist Ash comments:
“I read an article by Dorian Lynskey on the New Statesman’s website in conversation with The Manic Street Preachers that made me and Jack furious. The article states that: “The circumstances that created the Manics no longer exist. Nor, thinks Wire, does a certain kind of angry, razor-brained, working-class voice.” – I say he needs to come to Hull, there are plenty of angry, intelligent working class voices here in the music and arts scene. However, I’m glad I read the article, the initial fury turned into creative energy and it spurred on our writing. Regarding politics, Bradfield stated that: “he doesn’t know how it feels to be young and discontented.” – Well it’s like this, we’re pissed off and we’re going to make a fucking racket about it.”
Sticking together the best parts of early Manics with the aggro snarl of classic Dead Kennedys, Left Ahead embody that proper DIY ethic that defines their hometown in 2016, this is music with real passion, this music has mega power, and this music is damn awesome.
Left Ahead is: Jack Newman (drums), Rudy Miller (bass) and Ash Forrester (guitar and vocals)
For more information visit:
https://www.facebook.com/leftaheadband
https://www.facebook.com/warrenrecords