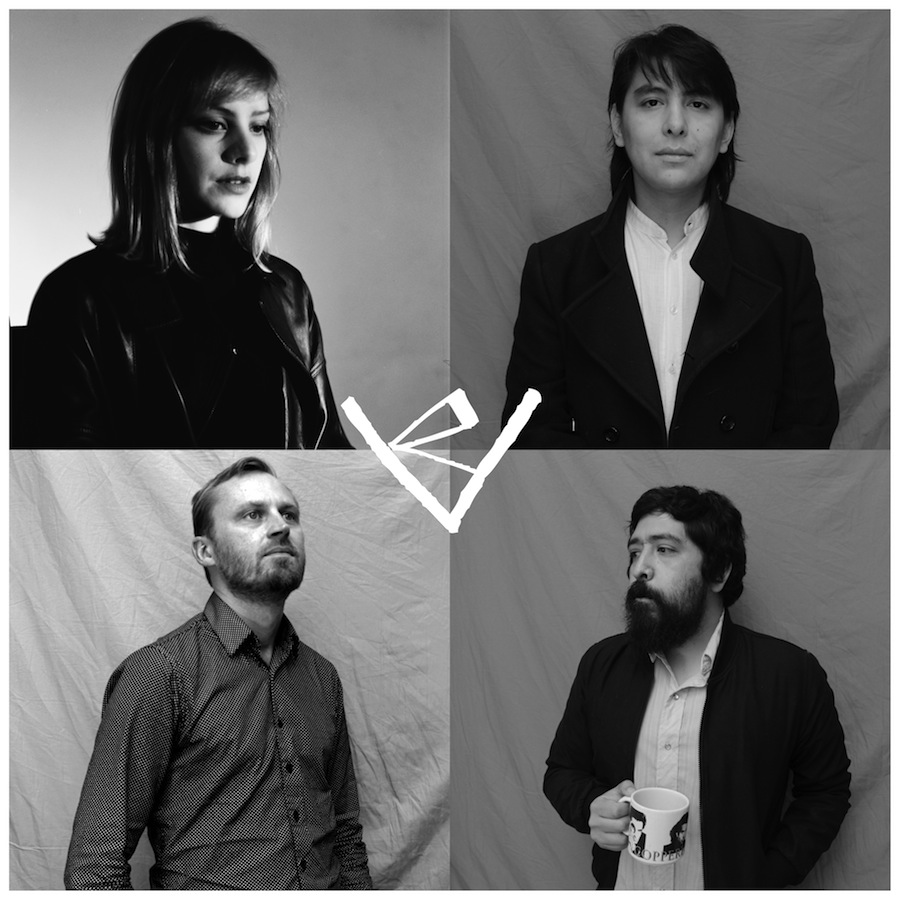 Exploded View will be unveiled at SXSW by NY Label, Sacred Bones, fronted by German/Bristol political- journalist-turned-musician/singer Anika who released her self-titled debut album in collaboration with Geoff Barrow’s Invada imprint and Stones Throw to critical acclaim in 2010.

This new project was created during the rehearsal sessions for Anika’s Mexican live debut back in March 2014.  An unexpected partnership formed between Annika and local producers, Martin Thulin (Crocodiles producer) synth-head Hugo Quezada (Robota) and Riotboy sweetheart Hector Melgarejo (Jessy Bulbo / Nos llamamos) to form Exploded View. The four musicians discovered a new sound, several steps removed from the krautrock-isms of Henderson’s previous work during their rehearsals and live performances in Mexico City. The straight to tape sessions that followed in the San Rafael neighborhood, ventured somewhere new; a lighter place, unguarded, veering from any script.  Improvisation was the guiding principle and the source of the band’s inspiration. The studio itself was outfitted so that every sound produced in the room would be recorded. A Tascam 388 8-track captured everything – fully live, fully improvised, first-takes only. Produced by Thulin and Quezada and mastered by Josh Bonati in NYC, the long player is due for release on Sacred Bones in Summer 2016.

Today Sacred Bones Records welcomes Exploded View to the family and offers up the off kilter no wave/ post punk debut single from that album, ‘No More Parties In The Attic’.  A song that finds power in its conflict; a demented collage of noisy perplexing tones and ominous drones backed with distorted guitars, a devastating bass line and fractured rhythms. While Anika’s jarring vocal display may appear softer than her previous works, the song is laced with her unmistakable icy & nonchalant vocals delivered in ruinous calm.

The dexterity of the band comes from a collective lifetime in music. Anika’s résumé alone is incredible -a successful solo artist produced by Portishead/ Beak> founder Geoff Barrow, a DJ, radio host, and a live collaborator with the likes of Michael Rother (Neu!),  Jandek, and Pete Swanson. Thulin is the producer for Crocodiles and an accomplished solo artist and producer whose career in music at present is over a decade long, and everyone else involved in the project has worked in music in Mexico City for many years. Exploded View emphasizes the talents of Anika and her collaborators in a new way, one that cuts through its improvisational roots with laser-focus and intent.

‘No More Parties In The Attic‘ will be available on a limited 7″ out 1st April and is out today digitally.

For fans of Can, dub, and political revolution, Exploded View are:

‘No More Parties In The Attic’ artwork: 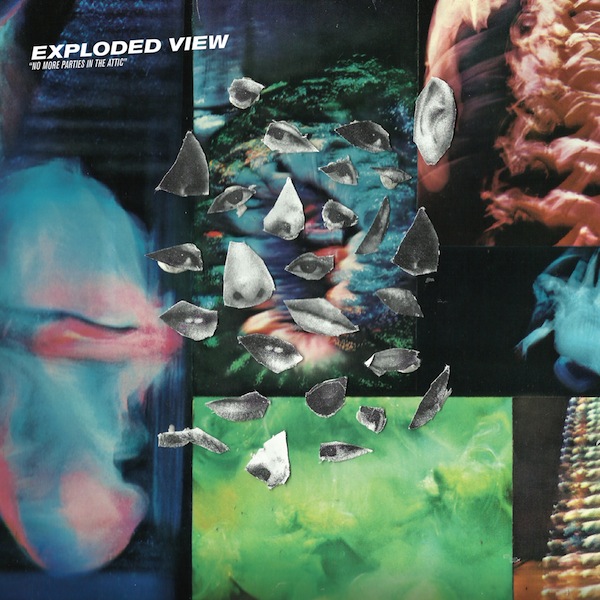