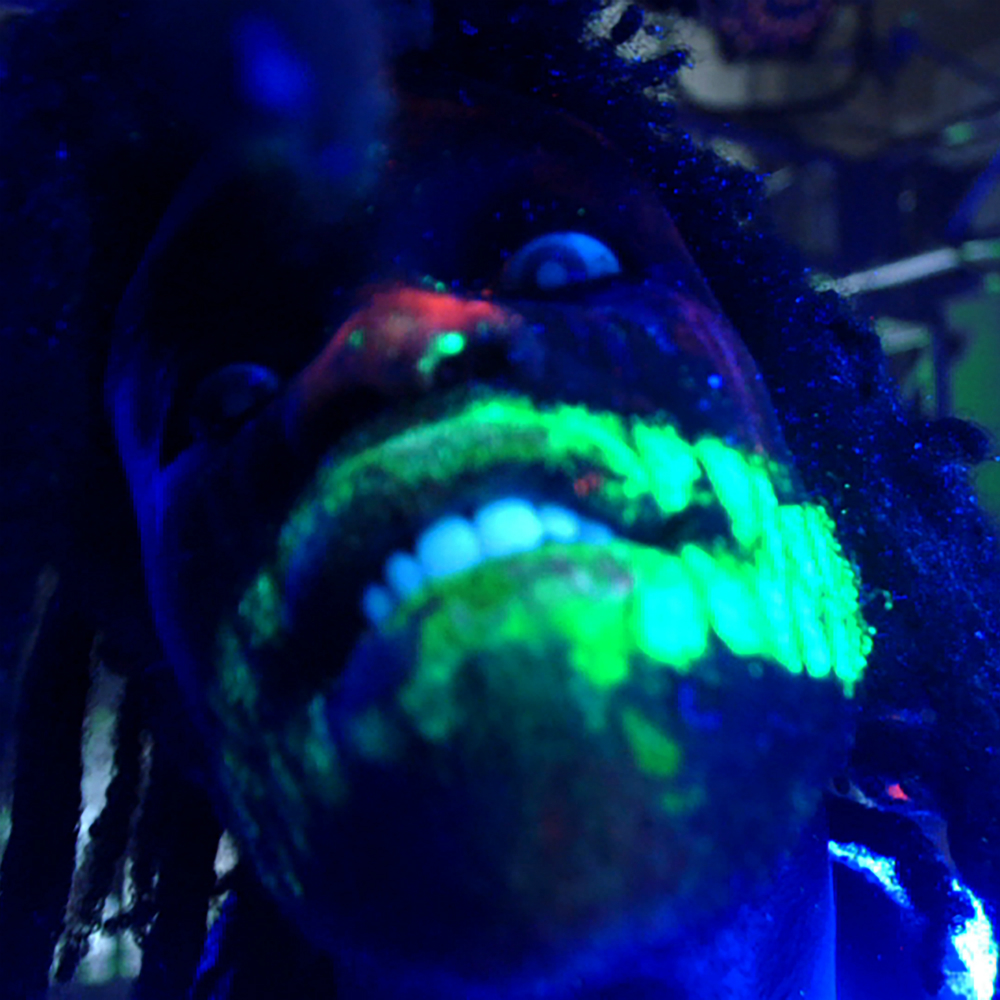 Ho99o9 (Horror), the fast-paced thrashing mutant freax with an insatiable propensity for world order, peace, anarchy, chaos & macabre. DEATH KULT – 999 resembles one with self, free spirit, no Gods, borders, masters, rules, religion, race, good nor evil, but mutual adoration of all in the presence of humanity and life.

Kult membership is as follows; theOGM (Blüe Face) kills the roaches, Eaddy (Yeti) controls the chaos: dynamic psychopaths hailing from the unexplored depths of the bowels of the New Jersey sewers, along with a deranged drummer by way of purgatory who shreds until deceased.