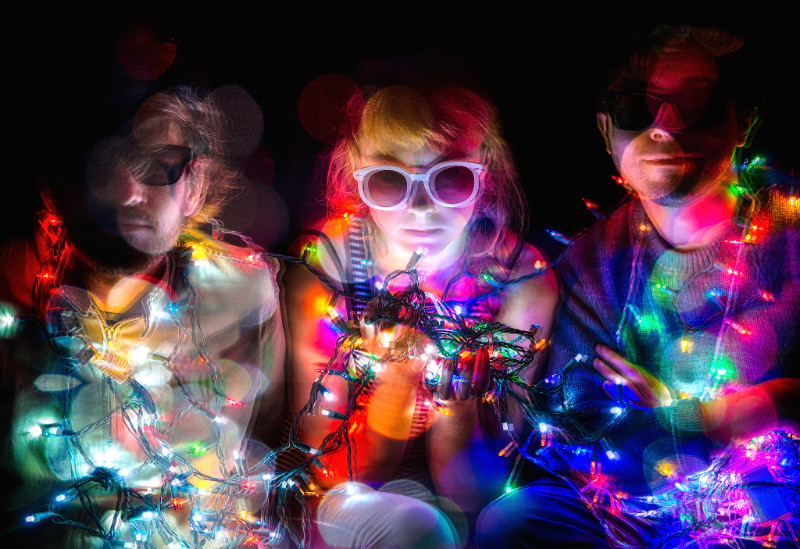 “Spooky & energizing, something straight out of a 70s B-movie space flick a la Barbarella” – Noisey

New York City’s Guerilla Toss are streaming their new album ‘Eraser Stargazer’, recorded for DFA Records ahead of its release on March 11th.

Like a hurricane of healing bliss, a Guerilla Toss concert is more of a ritual than a performance. It is the unique pairing of musical voices and backgrounds that makes Guerilla Toss such a special party band. But they are more than that – GT gets real when you pay close attention. Their music is inspired by both tragedy and beauty, drug addiction/mental illness and the re-birth of the soul through spiritual practice and psychedelic drug healing – helping the listener overcome these mind-fuck hardships.

‘Eraser Stargazer’ was written and recorded in 6 weeks of winter isolation in upstate New York. Fans of the group will hear all of the beloved hallmarks of the Guerilla Toss sound – solid bass grooves, squealing guitars, and kitchen sink percussion. Each instrument now occupies its own part of the audio spectrum, with vocalist/poet Kassie Carlson’s spirited incantations brought into focus.Eraser Stargazer is released by DFA on March 11th. Order the album at:http://hyperurl.co/GTEraserStargazerDL