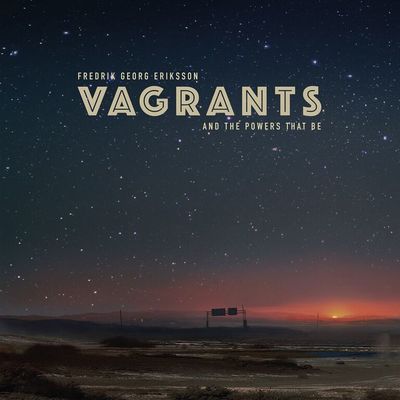 FREDRIK GEORG ERIKSSON
“VAGRANTS”
NEW ALBUM OUT NOW
Fredrik Georg Eriksson is back with a new album!
His voice has been compared  to the likes of Tom Waits, Joe Cocker and Glenn Danzig and his music has similarities with Weezer,  Depeche Mode and Björk.
“Personally, I feel very inspired by people who mix wildly, my gods are Hawksley Workman and Beck, Fiona Apple and Sparks” says Fredrik.
His last album, debut “Volume” was recorded and completed for a long time, which gave it a wide range of styles. New “Vagrants”  was formed under a more traditional time frame and the result is a bit more electronic, but still with a strong focus on Fredrik’s voice and the sound of the seventies.
With a background in punk band Knivderby, Twopointeight and his solo career, Fredrik Georg Eriksson has been in the business for over 20 years.
LISTEN TO “VAGRANTS”
SPOTIFY