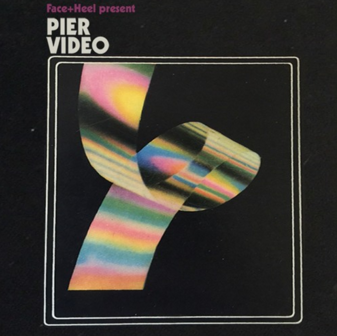 Welsh duo Face + Heel soar back onto the scene to transport you to their formative years with their atmospheric album ‘Our Prince’s Quarry’, set to drop 15th April 2016.

The ethereal release features Luke Taylor and Sinead McMillan’s trademark electric-guitar fuelled, synth-infused sound, bridging the gap between electro-pop, dance and rock. Delving into the love/hate affair with his hometown of Aberystwyth in North Wales, lyricist Luke says of the album’s narrative that “Some of the instrument choices and structures are there to reflect what I was listening to growing up in the 90s in West Wales. It’s both in love with the place and has a sense of resentment at how remote and marginal it is and how every street has a memory of growing up; good or bad.”

The album opens with ‘Pier Video’, an ode to an art house video shop in the town, in which punching kick drum percussion, guitar riffs, plucking violins, distorted piano chords and autoharps are layered expertly to create an unmistakably analogue feel. In fact, Luke attests that “Some of the parts on the track were actually recorded onto a rental video from there that I never returned when I left.” Meanwhile, the upbeat ‘We Can Swim’, ‘Tripping At The Royal Welsh’ and title track‘Our Prince’s Quarry’ allude to another major theme of the album; the tragic flooding of the nearby village of Dryweryn to make a reservoir for Liverpool in the 1960s. ‘We Can Swim’, reminiscent of OK Go meets Fat Segal, is a magical realism themed love song set in the doomed village “about two lovers; one who decides to stay, living underwater…and the other who decides to leave”.

The midway point of the album is marked by the climbing synths, stripped back percussion, haunting sax and tight bass of ‘In Your Room’, with Sinead’s soothing vocals floating gloriously over the top of the expert composition. The wall of guitar sound in ‘A Style Of Loving’, coupled with energetic percussion, gives the track a portentous feel, whilst ‘The Big Machine’ rounds off the release as a powerfully emotional acoustic track, with delicate piano and guitar riffs reminiscent ofThe Shadows allowing Luke and Sinead’s harmonised vocals to shine.

The album is accompanied by two remixes, with the first being an atmospheric reimagining of ‘We Can Swim’ by fellow Welsh artist Jauge, who has released on the likes of MTA Records, Food Music and Bad Panda Records. The second is an ominous techno-licked remix of ‘Pier Video’ byworriedaboutsatan, who have seen support from the likes of 6Music, BBC Radio 1, Resident Advisor and FACT. ‘Pier Video’ will also be accompanied by 90s inspired glitchy visuals, featuring static backing and analogue themed edited shots of the pair performing.

Having garnered past support from a host of platforms including Hillydilly, Pigeons and Planes,The 405, Dummy, The Line of Best Fit, Notion and Crack Magazine, Face + Heel have taken their unique blend of sound to the next level with ‘Our Prince’s Quarry’. The album oozes raw emotion, with soaring yet intimate vocals and unique production creating a cohesive release that looks set to be their strongest yet.

Listen to the single and its worriedaboutsatan remix here:  https://faceandheel.lnk.to/piervideo

We had the pleasure in witnessing their live debut a few years ago and the band have gone from strength to strength, they’re a force you must admire and support. Their talents are far reaching and we urge you to listen this outfit.