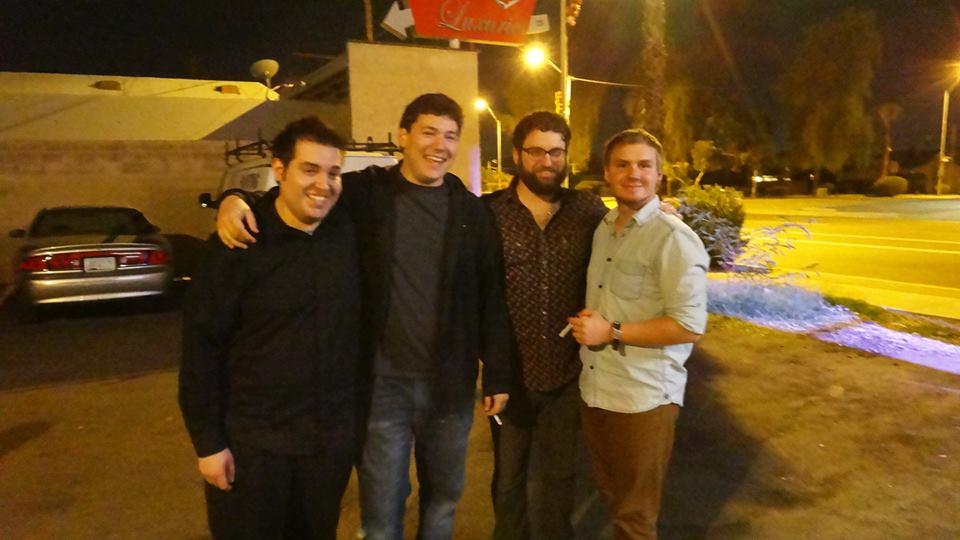 Celebration Guns “The Me That Used To Be” EP

Due Out April 8th via President Gator Records

It gets hot in desert but that doesn’t mean you to have to be an asshole. Celebration Guns know this, and luckily for the rest of us, the band are volunteering to make sure everyone else is aware. “The Volunteer” is the first single from the Phoenix, AZ quartet’s upcoming EP, The Me That Used To Be, a song that tackles these very issues over intricate math rock inspired indie pop. The band’s long awaited record is due out April 8th via President Gator Records and the band are excited to share the video for “The Volunteer” (directed by Cory Davis at YellowBoxFilms.TV) with New Noise Magazine.

“‘The Volunteer’ is inspired by real life experiences with flaky, irresponsible, self-absorbed, and inconsiderate people. We deal with them every day but for the most part these individuals will continue to screw over, disappoint, disregard and frustrate without any real response or retaliation from those affected. This song is about living out that fantasy of calling someone out who needs to hear it by volunteering to be the one to put them in their place.

‘The Volunteer’ video was filmed with the concept of following a day in the life of such an individual, capturing the most extreme examples of that behavior (literally stealing candy from a baby) to more believable actions like flaking out on a band practice or neglecting every day family and life responsibilities. What if everyone that was treated this way came together at the end of the day to hold that person accountable for their actions?”

ABOUT CELEBRATION GUNS:
Celebration Guns is a full-time hobby… and yet so much more. It’s the combination of nostalgia, energy, complexity and joy. Formed by Justin Weir (guitar/vocals) andTimothy O’Brien (drums) back in 2012, the Phoenix, AZ based quartet were soon joined by long time friends and like-minded musicians, Ryan Miller (bass) and Christopher Blanco (guitar). Rising from the vast Arizona landscape that has produced bands like Jimmy Eat World and Dear And The Headlights, Celebration Guns represent a new generation of indie punk. While influenced by their city and the intense heat that comes with it, the band are exploring far beyond the confines of the desert with their own math-rock infused indie pop that relies on anxiety, excitement and the perpetual burst of energy reflected in their sound.

The upcoming “The Me That Used To Be” EP is built around a percussive playing style that recalls The Appleseed Cast’s Illumination Ritual and a more complex tapestry of polyrhythmic beats, a marked difference from the recently reissued “Quitter“. Since coming together as a quartet, Celebration Guns’ have relied upon a penchant for shifting time signatures and styles, borrowing elements of dream pop, indie rock, and noise pop. The band’s tireless effort to blend these sounds together has resulted in deceptively complex music that’s catchy and filled with earworm hooks. Rarely able to sit still, their music stretches genres, pushing the envelope of indie into progressive territory while retaining the band’s undeniable pop charm.

“The Me That Used To Be” shows an incredible growth in the band as they worked together to refine and strengthen their songs into rich and fully realized recordings. The calm before the storm is over, Celebration Guns have arrived… and they’re prepared to make you move.

CELEBRATION GUNS
“The Me That Used To Be”
President Gator Records
April 8, 2016