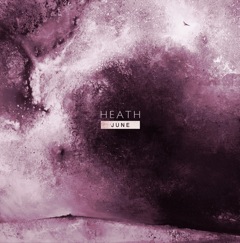 “Give Me Over still feels distinctly momentous, a slow-crawl wisp of pop music that swings its final punch like a sledge-hammer” – Gold Flake Paint

Forming as a band just over a year ago, HEATH haven’t wasted any time in proving themselves to be a polished, mature and exciting new group. The self-produced 3 piece from Sussex have managed to combine imagination, technology and melodies to create a unique harmonic sound.

The band’s debut single “Give Me Over” was released on Killing Moon Records back in early 2015 and received mass applause from fans and the industry alike. The track led to the band gaining airtime through XFM and was been crowned Track Of The Day by BBC Introducing.

HEATH are now pleased to reveal “Outline Of You” the lead single from their new EP “June” released April 29th. Sourcing inspiration from bands ranging from Police and New Order to newer acts such as Jack Garratt and Half Moon Run, the band are showing off the huge potential they have to offer.

When asked about their sound the band explained;

“The dark pining melodies are dictated to us by our disfigured older brother who we keep in the loft. He can’t speak but he plays little tunes on an old harmonica. I’d imagine he’s pining for a better life in a cruel world. We all play a bit of everything but in the main, Sam is the keys and chords man – building layers of colour from a strip of black and white, Rory is the 80s head – having to be restrained from the chorus pedal of his guitar, and the bite of his favourite snare samples, Tom is the pained crooner out front – bringing those pining melodies to life, whilst adding the finishing touches to the sound with the echoed strum of a six-string, or the pounding of a drum.”