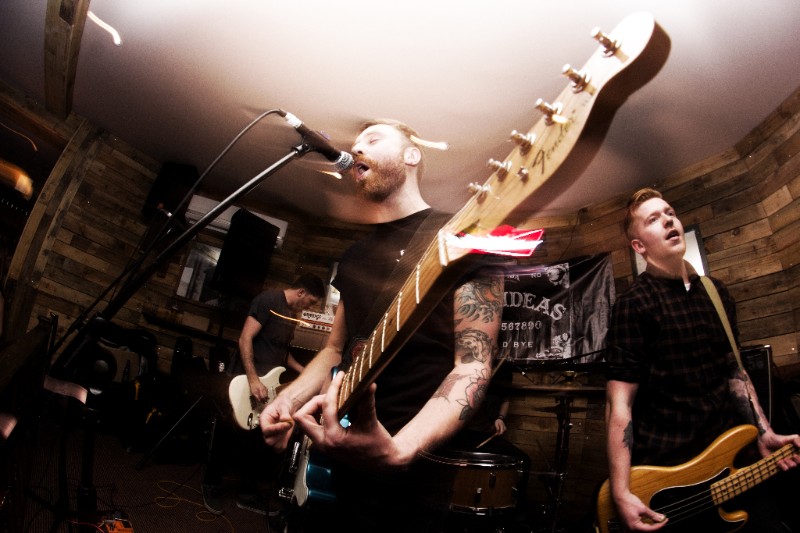 Attempting to fill the void left by The Weakerthans and the soon to be defunct Motion City Soundtrack, Lincoln indie punks BAD IDEAS have revealed a live session of a brand new track titled ‘Here Comes Trouble’.

Guitarist and vocalist, Sam Cook explained the origins of the track:

“Here Comes Trouble was the first of a new batch of songs that we penned for our next album. Often a song can take a long time to take shape but this one just felt great off the bat. If you’ve been to see us live recently then you’ll have probably heard at, it’s a really fun song to play.”

The indie rock quartet are showcasing the live videos in anticipation of their spring tour with THE LION & THE WOLF with dates in Germany, Belgium & the Netherlands.

The video is the second of a trio of videos promised, with ‘Lighting Fires & Making Mess’ premiering in February, along with new studio single ‘Give Up’ which launched via Noiseylate last month and received airplay on Kerrang Radio last week via Alex Baker’s ‘Fresh Blood’ show.