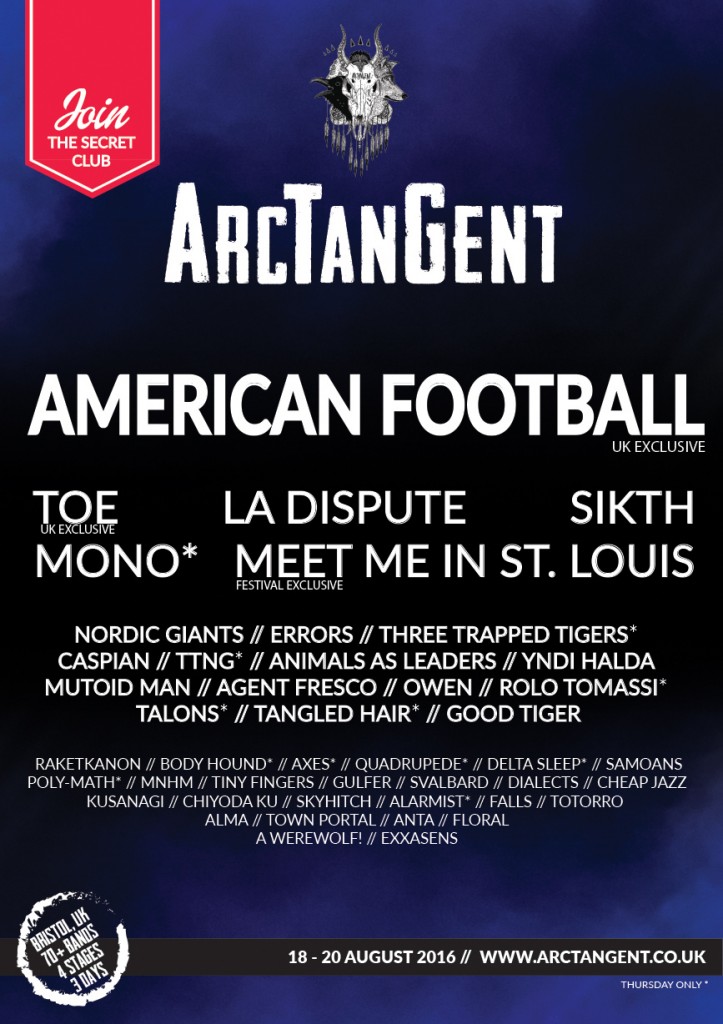 Announced today for the “returning all-stars” early entry day of ArcTanGent Festival are MONO, Three Trapped Tigers, Rolo Tomassi, Talons, Tangled Hair, Body Hound, Axes, Quadrupede, Delta Sleep, Samoans and Poly-Math (plus the already announced TTNG, Alarmist and Anta). These bands will not be appearing elsewhere during the weekend and to attend the Thursday of ArcTanGent a three-day festival ticket is required (these are strictly limited in number).

Tickets are on sale now from www.arctangent.co.uk/tickets.

Organiser Simon Maltas says “we wanted to bring back some of the bands that helped make the first three years of ArcTanGent such a success. The PX3 stage will start an hour earlier at 2pm and bands will alternate between there and the Yohkai stage with no awkward clashes to worry about. These stages are about 20 seconds walk away from each other so you’ll have just enough time to grab a pint, cocktail or shot before you watch the next band!”

Mike Kinsella of headliners American Football told us “We’re super excited to head back to the UK and even more excited to share the bill with friends like TTNG and Toe (And Owen. But he’s not really a friend, you know, ’cause he’s already part of us to begin with). We can’t wait for August!”. Oli Knowles of the reformed Meet Me In St. Louis added that “ATG 2016 will be MMISL’s first proper festival appearance, and quite probably our last. The line-ups are consistently great and it’s an honour to be getting involved“.