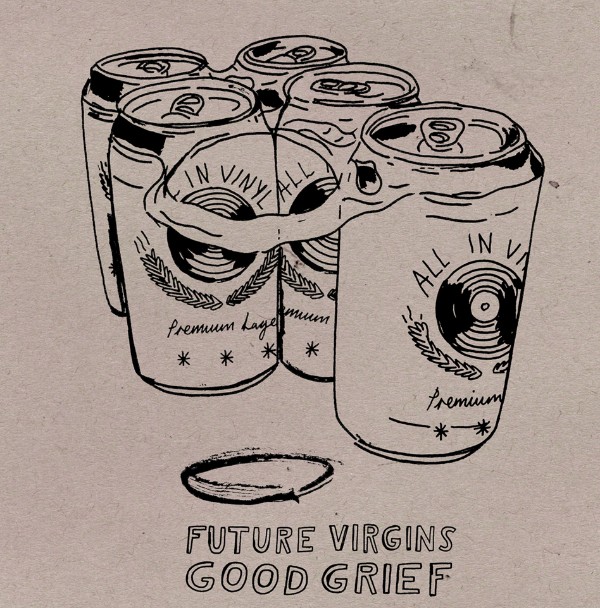 Birmingham based record label ALL IN VINYL are delighted to announce the fourth instalment of their popular split series. The collection of 7″ vinyl will include 6 EP’s each featuring one band from the UK and one from further afield.

This year’s split series includes punk rock bands from as far away as the USA, Canada and Japan teaming up with counterparts in Liverpool, Glasgow and Cardiff, UK.

ALL IN VINYL have so far revealed eight of the twelve bands set to be included in the collection these areDoes It Float (Tokyo, Japan), Stay Clean Jolene (Manchester, UK), Future Virgins (Chatanooga, US),Good Grief (Liverpool, UK), Dead Bars (Seattle, US), The Kimberly Steaks (Glasgow, US), The Creeps(Ottawa, Canada) and The No Marks (Liverpool, UK). With four more bands set to be revealed in the summer.

The first split brings together the emo tinged punk rock of Tokyo’s DOES IT FLOAT with the melodic gruff punk of Manchester’s STAY CLEAN JOLENE who feature members of The Leif Ericsson and The Great St. Louis.  Stream it here.

While the second EP of the series features the scratchy pop jams of FUTURE VIRGINS (Chatanooga, US) with their first new songs for two years, and Liverpool based fuzz punks GOOD GRIEF,  which can also be streamed here.

The full collection of splits will be available both individually and as an entire collection on colour vinyl with instant downloads and artwork by Jamie Morrison (Pale Angels / The Arteries). 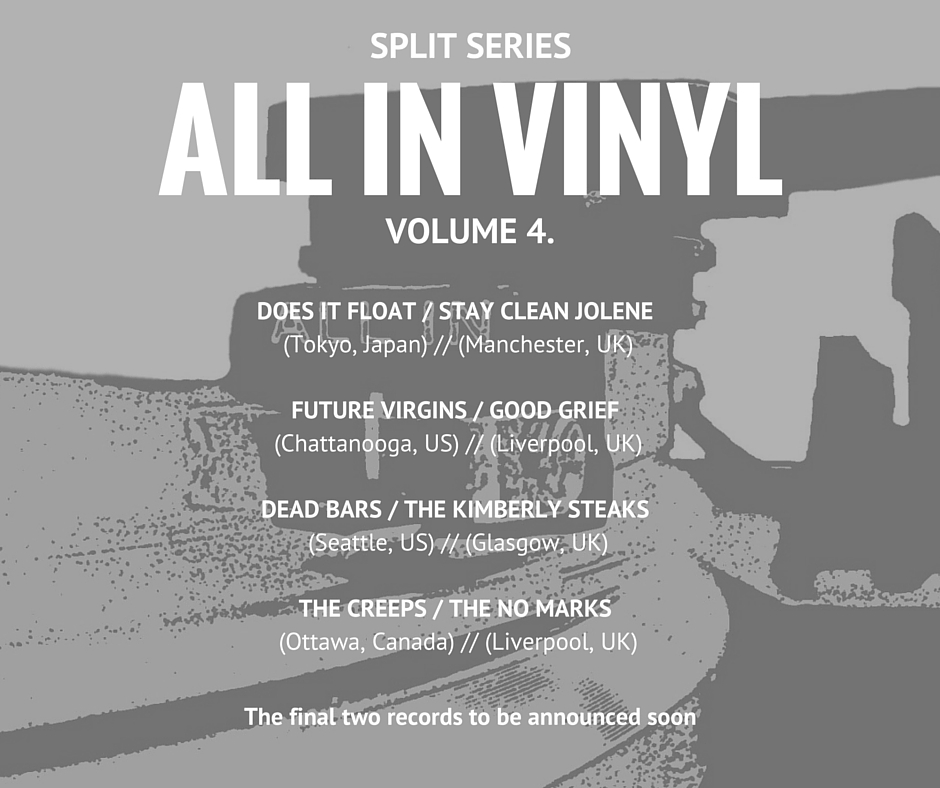