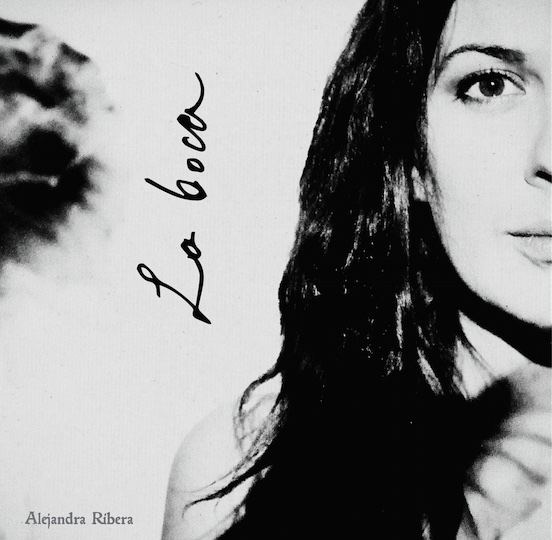 Following the success of her recent show at Servant Jazz Quarters, Canadian singer-songwriter Alejandra Ribera has announced a second London date, at Aces & Eights Bar on Wednesday 27 April. The forthcoming gig is part of a London residency which will see Alejandra perform shows at different venues across the capital each month. To get a taster of what to expect from Alejandra’s live performances, she has released – via its premiere on The Girls Are – a live performance video of recent single ‘Goodnight Persephone’ which is now available to watch and share via YouTube.

The London residency will follow the release of Alejandra’s mesmerising debut album ‘La Boca’ (‘The Mouth’) which is released tomorrow on Jazz Village.  The record is sung maninly in English, with the more romantic songs sung in the native Spanish of Alejandra’s Argentinian father (a trick to hide lyrics from non-Spanish speaking exes) and one song sung in French, a duet with Arthur H. The album is bilingual series of heart-outpourings and stories. Multi-instrumental and garnering fans from the world of folk, jazz and indie collectively, the album layers piano, guitar, percussion, even bagpipes on both recent single ‘Goodnight Persephone’ and on ‘500 Miles’ (Alejandra’s take on The Proclaimer’s ‘I’m Gonna Be’) – both a nod to Alejandra’s Scottish mother.