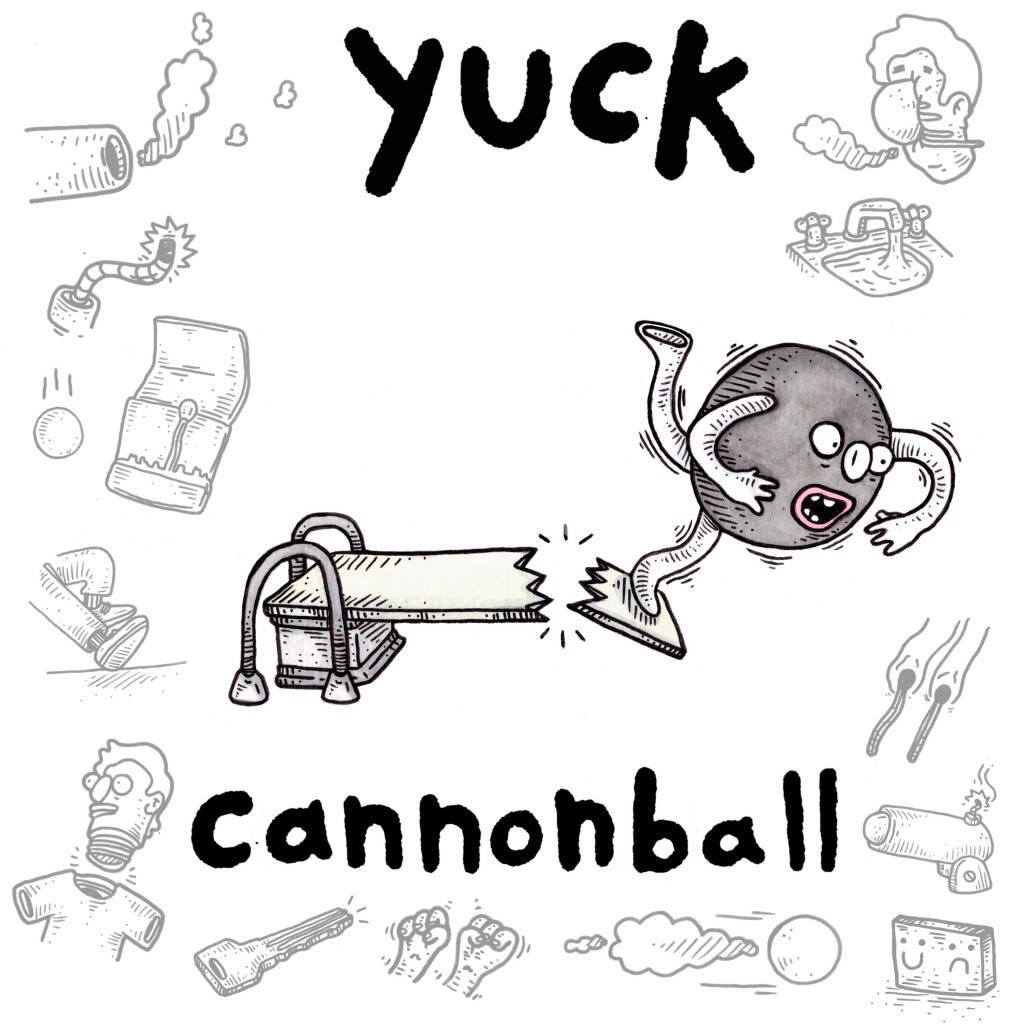 YUCK return with yet another dose of infectious, buzzed-out guitar pop today.

“Cannonball” is the third single -and arguably catchiest yet- to make it’s way online from their forthcoming new recordStranger Things, out February 26th.

Cliché or not, the path that Yuck have taken has seemingly all been leading up to the band’s excellent third album,Stranger Things, a record brimming with manic energy and pop hooks for days. Released online last summer, the record’s first song “Hold Me Closer” is a visceral primer for what the rest of the record has in store. “I remember the first couple of songs that started the record off, I basically wrote one morning when I was very high on coffee,” says Bloom. “I guess it set the tone for everything that came after that.”

To that end, tracks like “Cannonball” come ripping out of the gate with the appropriately buzzed-out guitar sound that made previous Yuck tracks like “The Wall” such epic jams, while “Yr Face” could be a long-lost lover to an old Dinosaur Jr or Built to Spill record. Stranger Things is a remarkably gentle record as well, with tunes like  “Swirling”, “Like a Moth”, and “I’m OK” addressing the fears and uncertainties that followed the band for the last few tumultuous years.“‘I’m Ok’ is a very personal song because it’s just about the anxiety I’ve been feeling over the last couple of years. It’s very cathartic to write about in a song, but definitely not easy to speak about,” says Bloom. “It felt important with this record to deal with a bunch of that stuff, clear out the past, and make a fresh go of things.”

Recorded in London over the course of several months at the band’s own pace, Stranger Things reflects the refreshingly un-fraught state of affairs within the group. “The band feels better now than it ever has,” says Bloom, “We recorded the drums in a rehearsal studio by our house, which we’ve rehearsed at for ages. Everything else was done at my parent’s house–in the same room we recorded the first record, which wasn’t an intentional thing. It’s just the only quiet space that we have access to in London! Mostly I wanted to make the in a space that I was comfortable in. I wanted no one else involved–just me and Ed and Mariko and Johnny. I just wanted to get on with it and make something that was truly us and not affected by any outside influences. We basically spent no money on the record and it was a really relaxed way of doing things. I really, really like it. I’m more proud of it than anything we’ve ever done.”

Stranger Things is the sound of a band firing on all cylinders, finally comfortable in their own skin and in control of their own vision. Having overcome the weird expectations that come with being a buzzed about new band and all the attenuating complications and growing pains that come with it. Having made exactly the record they want to make, the band—who have now sold well over 50,000 albums worldwide—are looking forward to getting back on the road and playing the songs that made them so happy to create.

Stranger Things is available for pre-order along with various other bundles of merch & Yuck-related fun over at PledgeMusic: http://smarturl.it/strangerthings

Stranger Things Tracklist:
Hold Me Closer
Cannonball
Like A Moth
Only Silence
Stranger Things
I’m Ok
As I Walk Away
Hearts In Motion
Swirling
Down
Yr Face