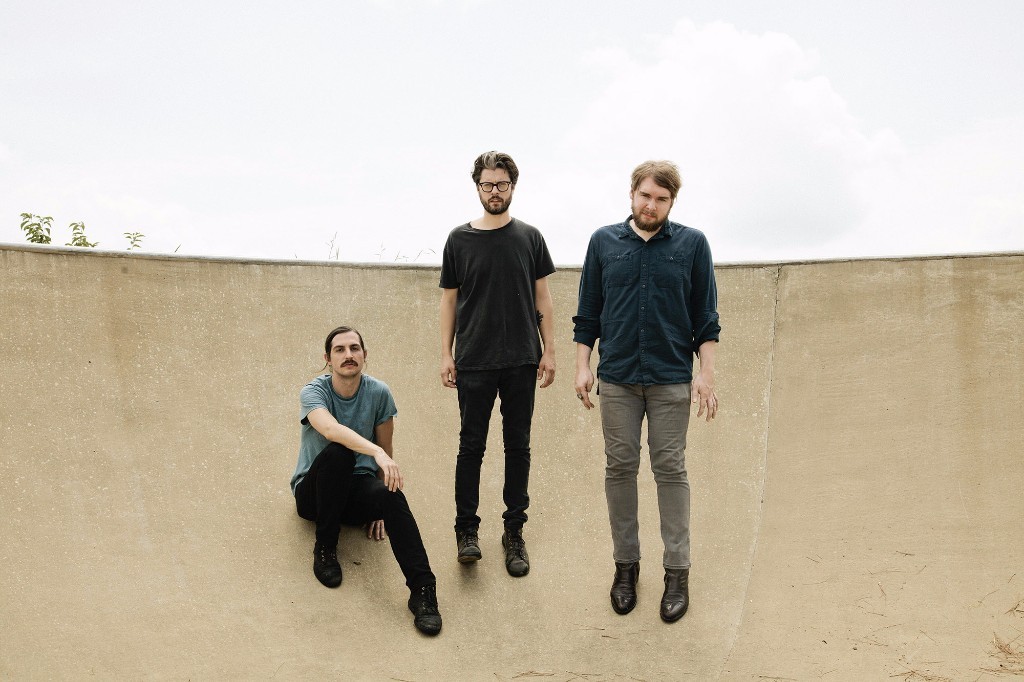 “Hypatia is a surging wash of wavy guitars, relentless bass and adroit percussion that blasts past much of the shoegaze rock to which it will be compared.” – Wall Street Journal

“It’s quintessential shoegaze with the trio clearly demonstrating they’ve mastered the model set by their forebears.” – Consequence of Sound

Birmingham, Alabama trio Wray will release their new album ‘Hypatia’ in the UK on 25th March via Communicating Vessels. You can listen to title track and single, as well as watch its accompanying videohere.

Wray are one of those rare bands that effortlessly blend smart sonic pluralities into one seamless whole. Comprised of lead singer/bassist David Brown, guitarist David Swatzell, and drummer Blake Wimberly, Wray have a shared history that reaches back over a decade in the Birmingham music scene. Expectations for this compelling act continue to grow with the groundswell of support and patronage they’ve received since they first made their debut in 2013.

Following 2014’s self-titled debut on Communicating Vessels, Wray spent the better part of 2015 developing the ideas and sonic palette that would become their sophomore LP ‘Hypatia’. Co-produced by the band with Lynn Bridges (Jack Oblivian, Devendra Banhart, Dan Sartain) and mixed by Daniel Farris (St. Vincent, Azure Ray), ‘Hypatia’ takes its own path from swift energy to quiet contemplation while exploring a space of subtle contrasts and originality.

Brown, the band’s lyricist, singles out the title track as a particular favorite, explaining its meaning as an example of how he approaches songs as a whole: “A lot of times my lyrical inspiration comes from documentaries or listening to science podcasts. Hypatia, she was a 4th Century scientist / philosopher / mathematician.”

From standout tracks like the surging rhythmic workout of “May 23rd,” to the back-and-forth college rock/guitar crescendo overdrive of “Shiva,” the group’s triangulated presence is in full force, offering a glimpse into the forward-thinking minds of one of Birmingham’s best and brightest bands. Combined with decidedly uptempo numbers like the rollicking “Giant” and their inverted take on Faust’s krautrock classic “Jennifer”– Hypatia has set the bar exceedingly high for progressive music coming out of the Deep South.  All songs written, arranged, performed and produced by WRAY except Track 10, written by Faust.

PRAISE Debut New Song from Forthcoming EP Out May 6th on REACT! Records