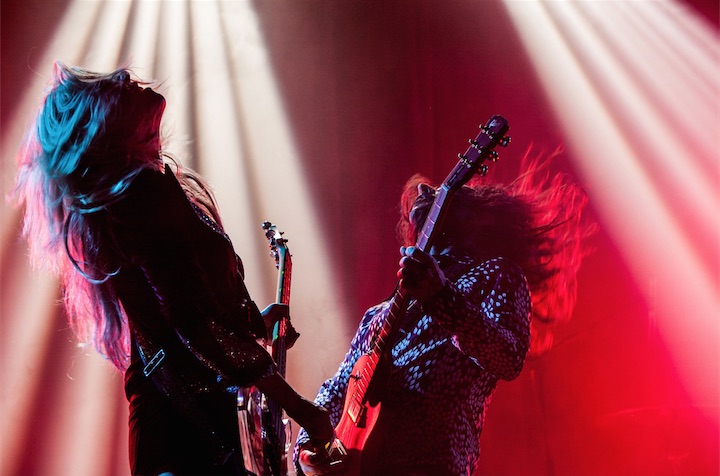 “It is indescribable, but somehow you never want to leave this place. You want to stay here, enveloped in the aggression and beauty of White Hills, for as long as possible.” – Drowned In Sound

“Post-kraust psych pitched somewhere between the unremitting Autobahn-cruises of XTRMNTR and claustrophobic due grooves of Metal Box.” – Classic Rock

“Walks for Motorists surprises by being a playful, inviting record that doesn’t take itself too seriously.” – The Skinny

White Hills have been a fixture of the psych-rock revivalist scene for a number of years now, thanks to a sound that brought Hawkwind-style, blissed out cosmic sprawl down to an intimate scale.

The duo will be heading over to the UK for a 5-date tour next month, full list of dates are below. Then they’ll be heading back over to mainland Europe from May onwards for festival appearances and more headline shows. More to be announced very soon.

Formed by Dave W. (guitar/synths/voice) Ego Sensation (bass/synths/voice) from New York, they are the core of White Hills. They play what they term as “fuzzed out motoric space rock” although their sound evolves with each album and tour, fusing anthemic chants, deep space bleeps and otherworldly madness with power rock to form an exhilarating and intoxicating mix both in the recording studio and live on stage.

The music they make is risky, rooted in dystopian futurism and hyper-conscious of society’s constant desire for a new and better drug. That progressive aesthetic is at the heart of White Hills’ newest album ‘Walks For Motorists’, released last year via Thrill Jockey. A radically stripped-down record that emphasises rhythm and groove. The album bursts forth with a new kind of intensity, one born out of laser-focused precision and detail-oriented songwriting. Walks For Motorists was recorded with David Wrench (Caribou, FKA Twigs, Owen Pallet, Bear in Heaven) at Bryn Derwen Recording Studio in Bethesda, Wales.

White Hills – No Will (video):
https://youtu.be/gEubTfwEK2M 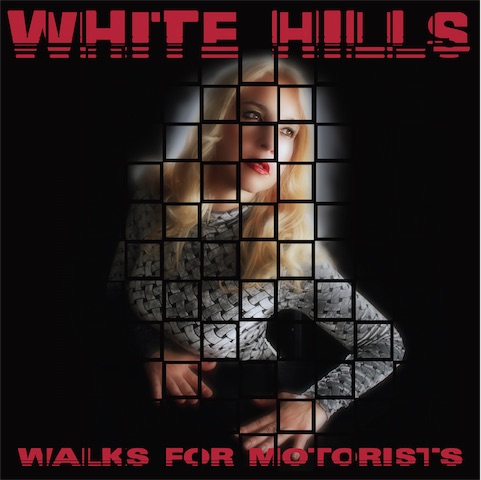