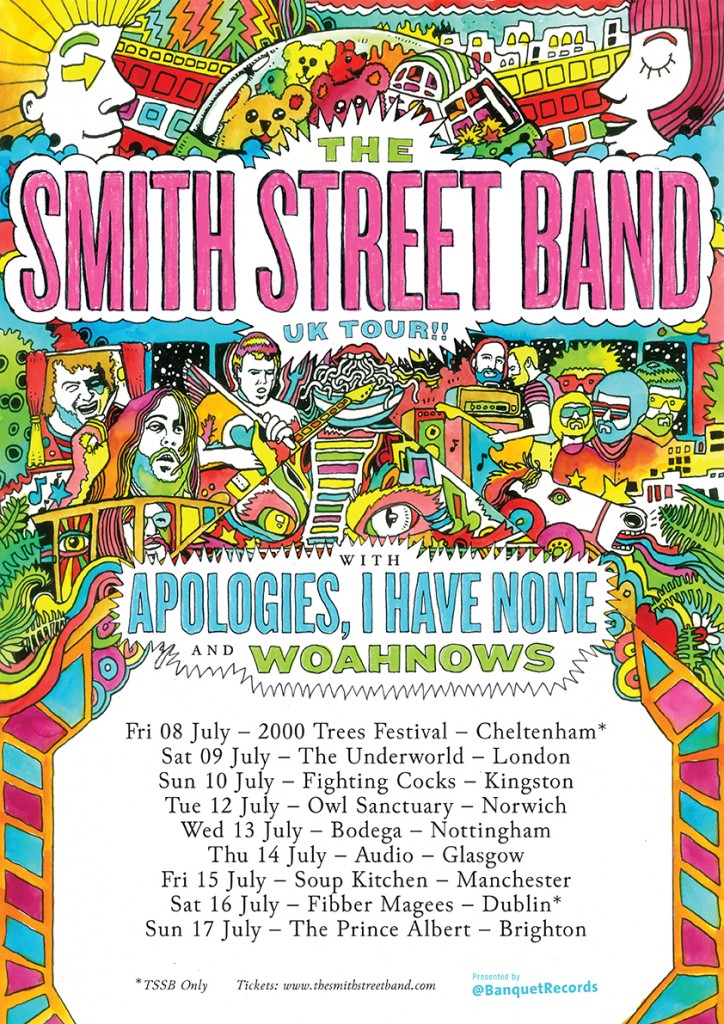 THE SMITH STREET BAND announce UK Tour in July
With support from Apologies, I Have None and Woahnows

Australian touring machine The Smith Street Band have announced they’ll return to the UK for their first shows since playing Reading & Leeds festivals last year. Their 10 date run kicks off at the prestigious 2000 Trees Festival in Cheltenham playing alongside Refused. This tour sees The Smith Street Band undertake their biggest and most extensive UK run so far, headlining London institution the Underworld and making the trip to Ireland for the very first time. Tickets go on sale at 10am tomorrow –www.thesmithstreetband.com.

July will be the band’s sixth trip to the UK, touring off the back of critically acclaimed 2014 LP ‘Throw Me In The River’ & 2015 EP ‘I Scare Myself Sometimes’, both released locally through independent stalwart Banquet Records. With sold out shows all over the world and hints of new music on the horizon The Smith Street Band are a band that need to be experienced up close and personal.

Joining them on most dates are close friends Apologies, I Have None with whom they have shared stages across Australia and Europe and Plymouth indie punk up and comers Woahnows. 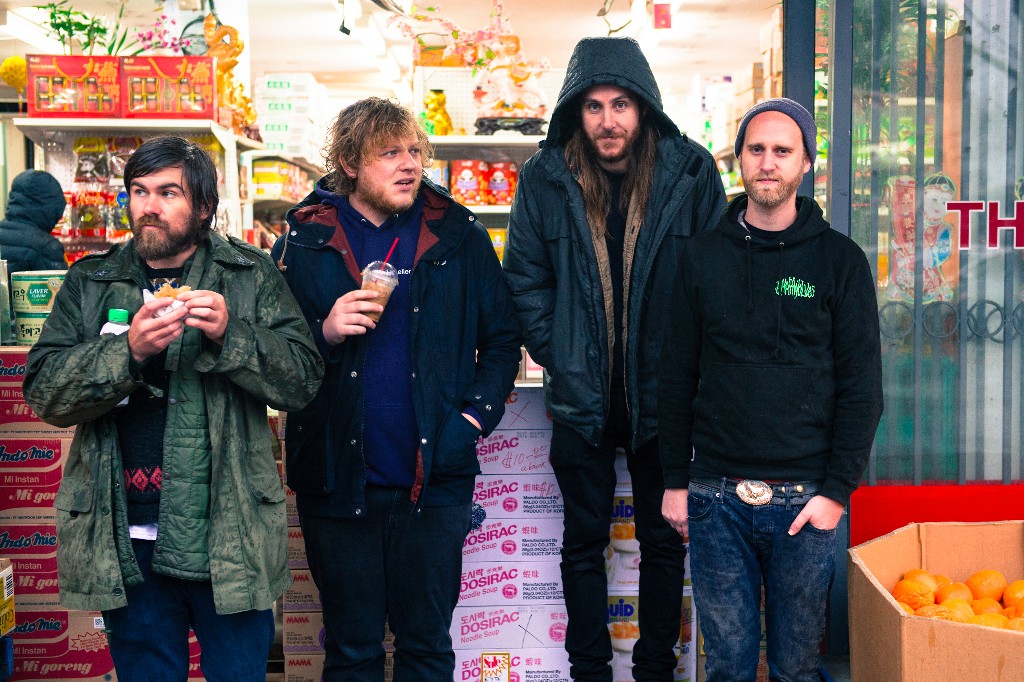