The Next 12 Months With…
Linerunners

Our next special prying into the future of local talent, we chat to the flourishing 5 piece, Linerunners. An act who are no strangers to the site, the quintet thrive in their local surroundings and we predict much bigger things for the band this year. We spent some time with the musicians to find out what they’ve got planned over the next few months.. 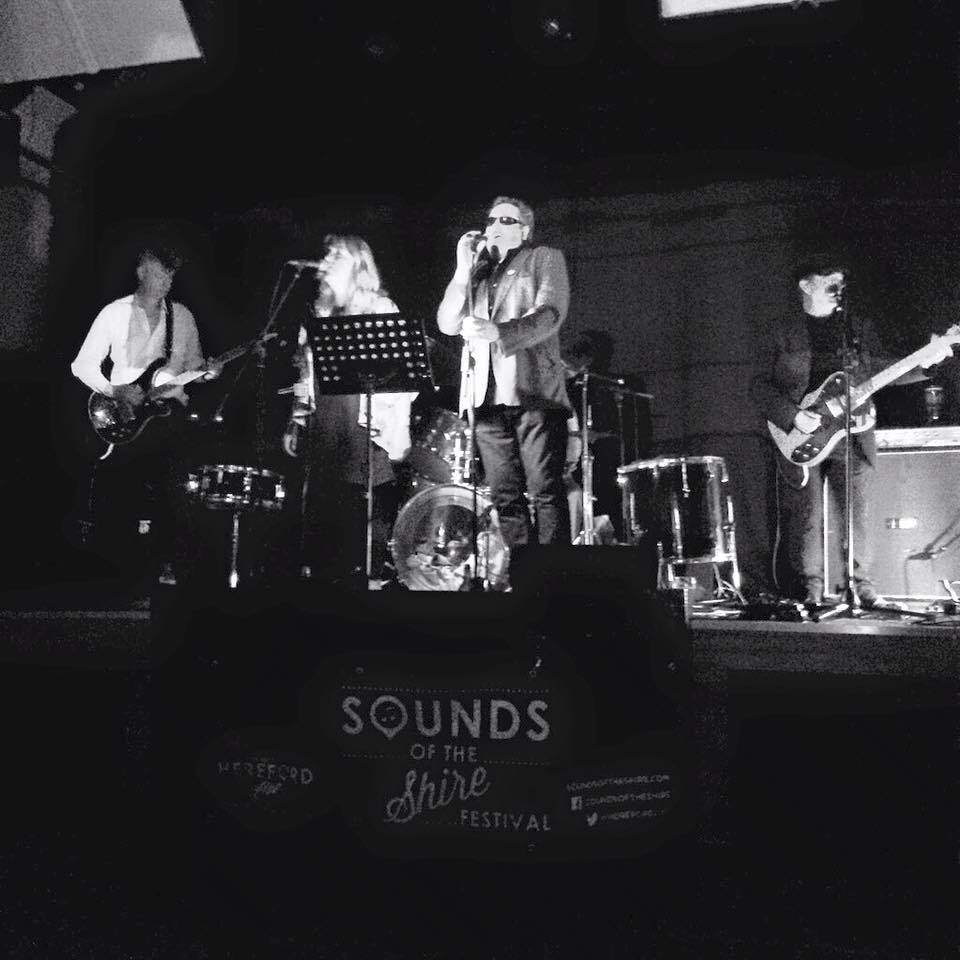 Well, Linerunners were formed from the remnants of two Hereford bands.

Me (Steve) and Phil, coming from “The Fex”, with Toby and Nick hailing from “Beyond This”. With mutual appreciation of each others’ music the amalgamation of the two bands seemed like a natural progression.

We quickly developed a distinctive sound and song writing style whilst gigging in and around Hereford, before recording our first EP in 1998, followed by another in 2001.

Lotty joined a few years ago, adding a new vocal dimension and an alternative artistic contribution. This lead us to experiment with the place of the vocals in our music, pushing them right to the front creating a more melodic sound.

We came up with the name “Linerunners” in a drunken conversation in a local cider house, “The Sun” (sadly no longer with us) one evening. I think the film “Bladerunner” was part of the conversation also the title of one of our songs “Lines Running Through” so they are probably both in there somewhere. Who knows? It was a long time ago.

We have always been great supporters of the Herefordshire live music scene and have played all the venues over the years. When not playing, we always make a point of supporting other bands and any music events.

It was disappointing to see the live music scene suffer a few years ago and along with it the closure of a number of local venues. At that time we struggled to find anywhere to perform, but over the last couple of years things really have picked up again with new venues opening and more pubs willing to put bands on. It’s all down to the people who want to see live music going out there and actively making an effort.

“Hereford Live” putting on shows at “The Venue”, “The Victory” and “The Barrels”. Also running Sounds of the Shire Festival.
“The Wide Hare Club” at “The Left Bank” and “Lyde Court”.

The Opening of the “Booth Hall” as a music and arts centre.
New promoters such as “Porkbelly Promotions” and “Hey Little Monster”.

Pubs like “The Litch”, “The Beer in Hand”, “The Black Lion”, The Victory” and “The Barrels”, to name but a few, all putting on live music.

New local music festivals like “The Gillow Cider Festival” and “Down on the Farm” cropping up all the time.
Things really are looking up.

The main priority for 2016 is to record our first proper album. We have recorded many EP’s, but never more than 4 tracks at a time. The past few months have been dedicated to writing new songs and performing live has been put the back burner while we concentrate on 8 to 10 songs for the album.

Corin Myatt at “KJM Studios”, Hereford has got us penciled in for March to start recording. We can’t wait, as we feel our new songs are the strongest we have written to date.

What to expect from our performance:-

With masses of percussion, a loudhailer and a driving bass, we perform original material with a highly distinctive sound and style, inspired by the likes of Nick Cave, Joy Division, PIL, Alabama 3, and P J Harvey. One reviewer described us as “A hybrid of 60,s west coast legends Jefferson Airplane and 80,s Liverpool moptops Echo & The Bunnymen” .

Our latest review by Mark Bowen of “Herefordshire Live” states:-
“Linerunners are all about light and shade.
Their light comes from Lotty Millward-Brookes and its shade (and sometimes darkness) is supplied in abundance by co-frontman Toby Armitage. The band’s frontline works like a high contrast photo – with Lotty’s highlights cranked up to the max but Toby’s shadows delivered as dark as possible.
Lotty has a smooth and sweet voice, while Toby has a dark Doomsday growl that suggests something menacing is stirring.
Together their combination brings both apocalyptic melodrama with the promise of sunshine and longer days sometime in the future.”

I think that sums us up well. Add to that the banging of drums and a backdrop of visuals especially designed for us and presented by “Buzz Visuals” and you really have a quirky, lively, entertaining show.

Shows penciled in for 2016:-
As stated before, live shows are taking a bit of a back seat for a while as we concentrate on preparing for recording in March, but we do have a few shows we are committed to:-

As usual we will be playing at all the summer festivals we can, but are waiting for the line-ups to be released as yet.
All shows will be posted on facebook and our website.

For more information and to listen to samples of our music, go to the links below-

A huge thank you for spending time with us, we wish all the best with the forthcoming studio session!