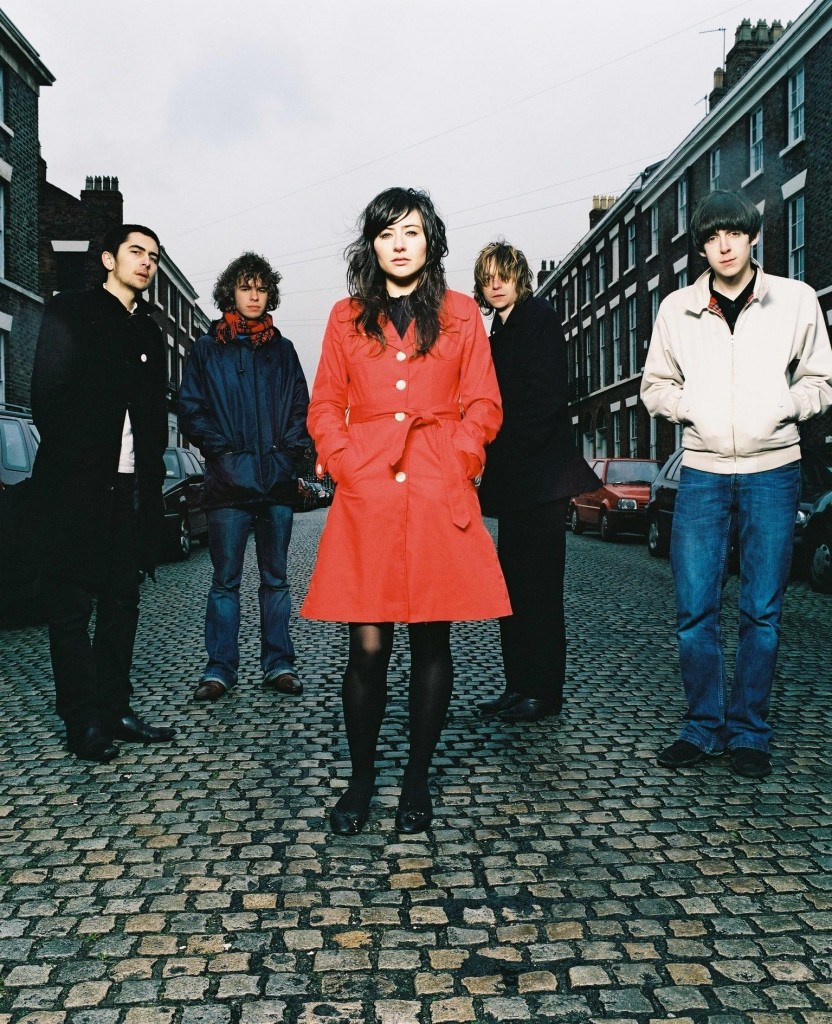 The Little Flames were formed in Liverpool by singer Eva Petersen and songwriter/guitarist Mat Gregory. They were later joined by drummer Greg Mighall, bassist Joe Edwards and guitarist Miles Kane.

Signed to legendary indie label Deltasonic, the band toured extensively during their first years, releasing edgy and anarchic singles Goodbye Little Rose and Put Your Dukes Up, John. Their sound continued to evolve as they absorbed and reformulated an array of influences, ranging from krautrock, Motown and 60s garage, to film music and the symphonic pop of artists like Serge Gainsbourg and Françoise Hardy. In the sessions leading up to the recording of their debut album, working with producer Central Nervous System (AKA Joe Fearon), the band’s early spiky sound gave way to something altogether darker and more expansive.

The album, The Day is Not Today, was eventually recorded with producer Tore Johansson, using Sweden’s famous Tambourine studios and Gula Studion in Malmö. It showcased the evolution of the band’s music, where the energy and impatience of their earlier twisted guitar pop was not only fully honed (Seven Days, If Tomorrow Never Comes), but juxtaposed with a sound that was both ethereal and cinematic (October Skies, The Girl of Last Year).

The album was mixed, mastered and ready to go in 2007, but before it could be released The Little  Flames decided to split up. Miles, Joe and Greg formed The Rascals, with Miles Kane then going on to form The Last shadow Puppets with Alex Turner and recording solo material. Mat and Eva have continued to work separately on various music and art projects. The Little Flames’ second single, Put Your Dukes Up, John, was covered by The Arctic Monkeys after the two bands toured together on the Sheffield band’s first two album tours.

The album was never released.

As part of the re-launch of Deltasonic and reissue series, the decision was taken to finally release the album which was originally recorded in 2006.

Quotes:
“We did the first sessions for ‘The Day is Not Today’ with Central Nervous System AKA Joe Fearon in Liverpool, and then completed it with Tore Johansson in Malmö, Sweden, which made sense of some of the wildness and brought out the atmosphere that we were looking for.  For me it was very natural that we would make an album with a lot of atmosphere. The Little Flames’ music always had an inherent darkness about it, but here we wanted to build on that with a different kind of drama, something a little more cinematic and a little less impetuous.  The band has it’s own history and it’s own story, but a few years down the line it seems right that this album can exist now – I think that it deserves that as a body of work. Alan (Wills) played a huge role not only in developing the band, but in seeing the potential in what Eva and I were doing right from the start and supporting us. He always liked the record, saw the worth in it and helped to shape it in the way that only he could. It feels good that it should be released now and that we have the opportunity to dedicate it both to him and to Ann, who has worked incredibly hard to make this happen.” – Mat Gregory
“Nine is a number that appears often in ancient cultures and mythology. The number 9 features strongly in my current work as an artist and researcher, so it is pleasing to hear that The Little Flames album is finally being released 9 years after it was recorded. It was meant to be.”  – Eva Peterson
“I’m excited to finally be able to drop the needle in this particular groove! I had a lot of good times with The Flames and I have very fond memories of making this record. Every time I listen to these songs I think of Alan Wills and I’m forever grateful for the opportunity he and Joe Fearon gave me. I’m delighted that everyone is able to now hear what we collectively created.” – Miles Kane