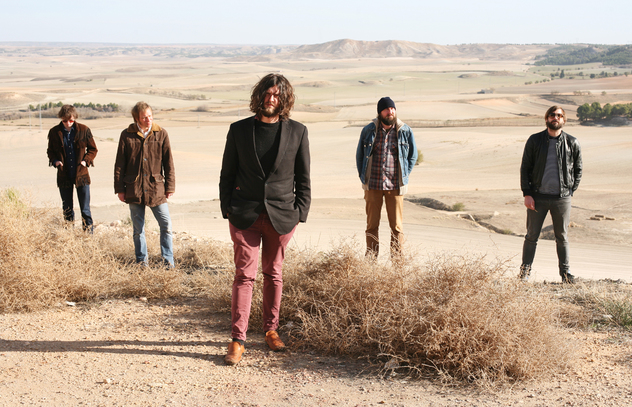 THE HANGING STARS
Reveal new track “Crippled Shining Blues”
Taken from their debut album Over the Silvery Lake
Due out on 11 March via The Great Pop Supplement/Crimson Crow
Tour Dates:
March 4th –  London – Album launch – The Finsbury w/ Dead Coast
March 5th – What’s Cooking – Leytonstone Ex Service Men’s Club
March 18th – Liverpool – The Buyer’s Club w/ Marvin Powell
March 19th – Todmorden – The Golden Lion
April 23rd – Manchester – Fred’s Ale House
May 21st Wood Festival – Oxfordshire
April 27th – Stuttgart/Schorndorf -Klub Manufaktur
April 28th – Munich- ImportExport
April 29th – Augsburg – Venue TBC
April 30th – Freiburg- The Great Räng Teng Teng
“Crippled Shining Blues” is the new single to be taken from London-based psych-folk outfit The Hanging Stars’ new album Over the Silvery Lake (due out on 11 March via The Great Pop Supplement and Crimson Crow). The track is wonderfully rhythmical replete with a wandering bassline and complimentary riffs from both guitar and pedal steel. The sweetness of the verse is complimented by a dark and brooding chorus, which in turns gives way to a surprisingly melodious transition. The prime drive time FM radio feel, mixed with melancholic chords and lyrics of love, loss and death make for an enthralling combination.
Blending folk pastoralism with swampy 60s Americana, The Hanging sound like the missing link between the California desert sun and the grey skies of London Town. The album was recorded between LA, Nashville and Walthamstow, with each of these vastly different places leaving an indelible mark on the songs.
Fronted by London-based songwriter, singer and guitarist Richard Olson (The See See, Eighteenth Day of May), The Hanging Stars are essentially a loose collective of people who weave together a blissed-out psychedelic tapestry. The rest of the core band is made up of Sam Ferman on bass and Paulie Cobra on drums, also featuring Horse (Dan Michelson and the Coastguards) on pedal steel, Patrick Ralla (The Alan Tyler Show) on banjo, guitar and assorted instruments and Phil Anderson on Keyboards. They jam rather than write and hang out rather than rehearse, harnessing a kind of tipsy euphoria resplendent with luscious arrangements and glorious vocal harmonies.
The Hanging Stars place themselves firmly as part of a long folk tradition encompassing European and North American influences – as a continuation rather than a pastiche of these styles. This is the sound of a band really coming in to their own, fully formed and in no doubt of their vision. With Over the Silvery Lake they succeed in producing a record, which has the country, blues and folk traditions at its heart. And what a big heart it is. Embrace it.
“a hazy, desert-dream of a song, nicely sharpened with steely-eyed guitars, Mersey-laced harmonies and just a whiff of the Gun Club.” – Guardian
“Swampy psychedelia that recalls the Medway Delta as much as the Mississippi, the band’s new single neatly conjoins these influences.” – Clash