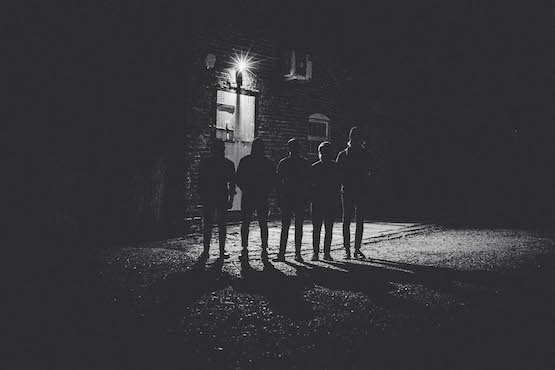 A blistering emotional assault, there’s a fury to ‘Change Nothing’ that harnesses all the frustration that remaining undercover so long garnered and sets it ablaze – DIY MAG

What do you get when you chuck current and former members of FFAF, Bastions, Grappler and Crocus into a room together? The answer, of course, is something quite brilliant, in this case the ferociously confrontational Terrible Love – ROCK SOUND

Formed in the wake of the recently departed Goodtime Boys, Bastions and Grappler, modern hardcore band Terrible Love are something more than the sum of their parts. Having extensively played all over the world in their previous bands, the five piece came together in 2015 to record the melodically chaotic EP ‘Change Nothing’, which was released via the band’s Bandcamp in January 2016.

Having decamped as far from the city as land will allow, writing sessions began in Cornwall in the spring of 2015, culminating in a five song EP, ‘Change Nothing’, an explosive record which is equally melodic as it is caustic. From the urgent opening title track to the epic shimmer of ‘Sparrow’, the band explores everything from post-hardcore to post-punk within its 16 minutes.

With topics ranging from personal loss, urban gentrification, cultural homogenisation to this generations sense of ennui, the EP gives a cathartic voice to frustrations that are all too common in recent years.

Alongside their debut shows with Jungbluth in February the band has just announced they’ll be heading out on three dates with Sheffield five piece Rolo Tomassi in April 2016.