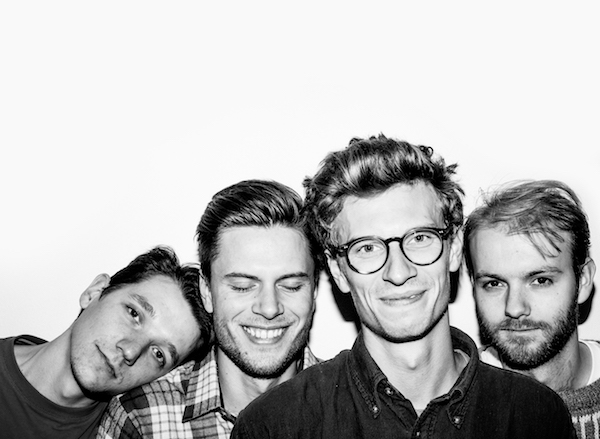 Norway’s Snøskred (pronounce the Ø like the i in bird) have premiered the video for new single‘Mirage’. It’s the third single to be taken from their new album ‘Empty House’, which is set for release next Friday February 19 via Riot Factory.

One of the more contemplative moments on the album, ‘Mirage’ is a demonstration in the art of delicacy & restraint. Snøskred drummer Kyrre Laastad explains:

“Mirage started out as barely being something you’d consider a song, with Lars amplifying the sound of his phone through his guitar pickups, Karl playing intermittent slide guitar whilst mumbling something about how memory works and the passage of time. Thankfully Martin held it all together, stoically playing the same bass line over and over… In the end this is what we ended up with: a mirage of a song, almost, but not quite, there.”

Snøskred (Norwegian for “avalanche”) have already set themselves apart as one of the brightest new bands in their homeland. Now, following a fantastic response to single ‘Puzzle’ late last year, they prepare to introduce an album to the rest of the world for the first time.

Citing Pavement, Wilco, Talk Talk and Yo La Tengo as important influences on their sound, they present an album of beautifully subtle, slow burning and introverted tracks that pack a sly punch, lingering in your memory & earning a place in your heart.

There is so much information and noise around us on an everyday basis,” says Klaseie. “Whenever something forces me to think twice about it I’m often inspired to write a song about it.”

Having spent his childhood summers in the US, at his mother’s family home, Karl’s influences are scattershot: “This album is me waking from a dream about Scarface, about the desolation left behind by the American car industry, about personal stuff that just had to be said out loud, about Doomsday Preppers and bicycle couriers – about lots of things, but everything is connected somehow.”

And it’s Snøskred’s playful way of linking these disparate topics, their recognition of how things that seemingly have nothing to do with each other are indeed related if only by our associations with them, that characterizes the lyrical themes on Empty House.

The album title Empty House is taken from the opening phrase of the opening track “Motor City” and is quite literally the opening lyric to the album. “An empty house is a house ready to be filled with different things, and we figured that we’d leave room for the listener to do this with our music as well” Karl explains.

Empty House is self-produced by band members Karl Klaseie and Kyrre Laastad, and recorded by the band at Greener, Trondheim between June 2014 and April 2015. Greener Studio is also run by Karl with Simen Hallset of Gold Celeste, and was the birthplace of the recent albums by Gold Celeste and Dråpe.

The making of Empty House was a process of self-discovery for Snøskred, of learning who they are and who they aspire to be as a band, of learning how they write together, and where they stand in relation to both their own previous music and that of their influencers.

The result is a record that sounds focused and at peace with itself. Beautifully restrained and meticulously crafted, it draws the listener in to a place of sun-dazzled contemplation and rumination. A record packed full of beguiling melodies that don’t have to shout or showboat to earn their place in your heart.

ISOBEL CAMPBELL shares new single “Runnin’ Down A Dream” from There Is No Other, due 31st January on Cooking Vinyl + UK live dates next year