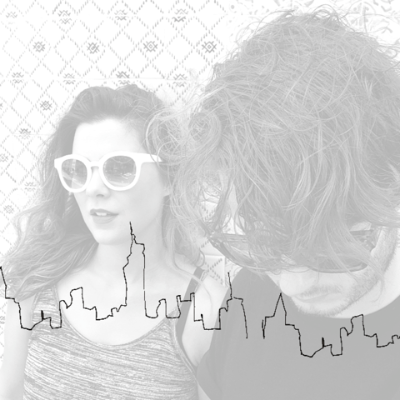 The video sees New Portals’ Mike & Ruth Aicken elope to the towering wonder of New York City, where their airy R&B-infused pop proves itself the top-flight soundtrack to lofty surrounds.

They’ve already won over Radio 1’s Huw Stephens and Phil Taggart with their irresistible harmonies in ‘Skyline’, as well as their previous track, ‘Do It Right’.

The duo have clocked up huge support on Spotify, claiming over 11 MILLION streams in total with New Portals and their previous folk project, The Jepettos.

Now expanding their horizons across a delicious new aural pallet, the Irish duo are proving themselves to be one of the most promising new sounds to be gleaming from the Emerald Isle this year.

“A new electronic folk-pop project, which looks to have huge potential”
The Huffington Post“Another indication of their one-to-watch status”
Nialler9