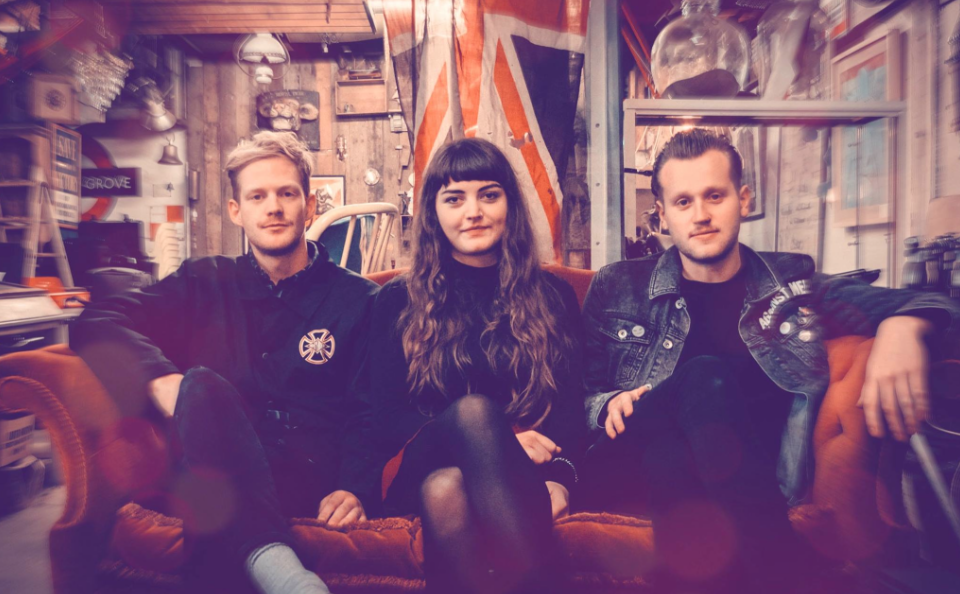 Exeter trio Muncie Girls have been turning many a head with the first couple of tracks to be taken from forthcoming debut album ‘From Caplan To Belsize’. Now there’s a brand new single, complete with accompanying video, streaming ahead of the album’s release in a mere couple of weeks. ‘Respect’ is the band’s message to any “lad” that has been caught up in the rape culture that’s rife in our current society, particularly on university campuses and online. Vocalist and bassist Lande Hekt decided to record herself reading aloud some extracts from other writers (Stéphanie Genz and Laura Bates) that help express her feelings on the topic. These are included in the bridge of the song.

The much-anticipated full length will be released on 4th March, 2016 via Specialist Subject Records in the UK. Muncie Girls have also announced a trio of headline shows in March in celebration of the record. Performances in Exeter, Brighton and London will see the band tap a different supporting line-up for each date. These precede a stint on the road supporting Tellison in March / April.

Born in punk shows and dive bars to three driven teenagers in 2012, Muncie Girls embodies the classic punk rock story in a modern context. Fueled by discontent and anxiety, they eloquently address issues of modern living as a self-aware young adult. The result is an ambitious and poignant rebellion against social norms that touches on everything from politics to interpersonal relationships.