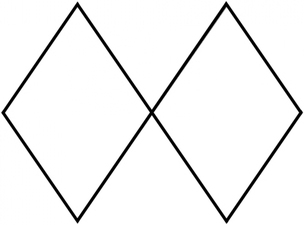 Mt. Wolf will release their latest EP ‘Hex‘ through CRC Music on 25th March. The EP will be followed by their highly-anticipated, debut album in the Autumn.

With a brace of critically-acclaimed EPs under their belt and a personnel upheaval behind them, Mt. Wolf move into a thrilling new phase of their voyage. Now a firmly consolidated three-piece, the band continue their hallmark splicing of electronic and acoustic elements.

Taken from their new EP, ‘Anacrusis‘ is a cathartic and uplifting song that “deals with convalescence and rebirth from a dark place with the help of someone else”.

Hex Tracklist:
1. Hex
2. Anacrusis
3. St. Michael
4. Requiem
Revered for their live sound, which manages to unite and fracture audiences in equal parts, the band have confirmed a Los Angeles show in March and a London one in May and will be announcing more live dates soon.
THU 10 MARCH – Hotel Cafe – Los Angeles, CA
TUE 10 MAY – Oslo Hackney – London
Mt.Wolf are singer and producer Sebastian Fox, guitarist Stevie McMinn and drummer Al Mitchell.