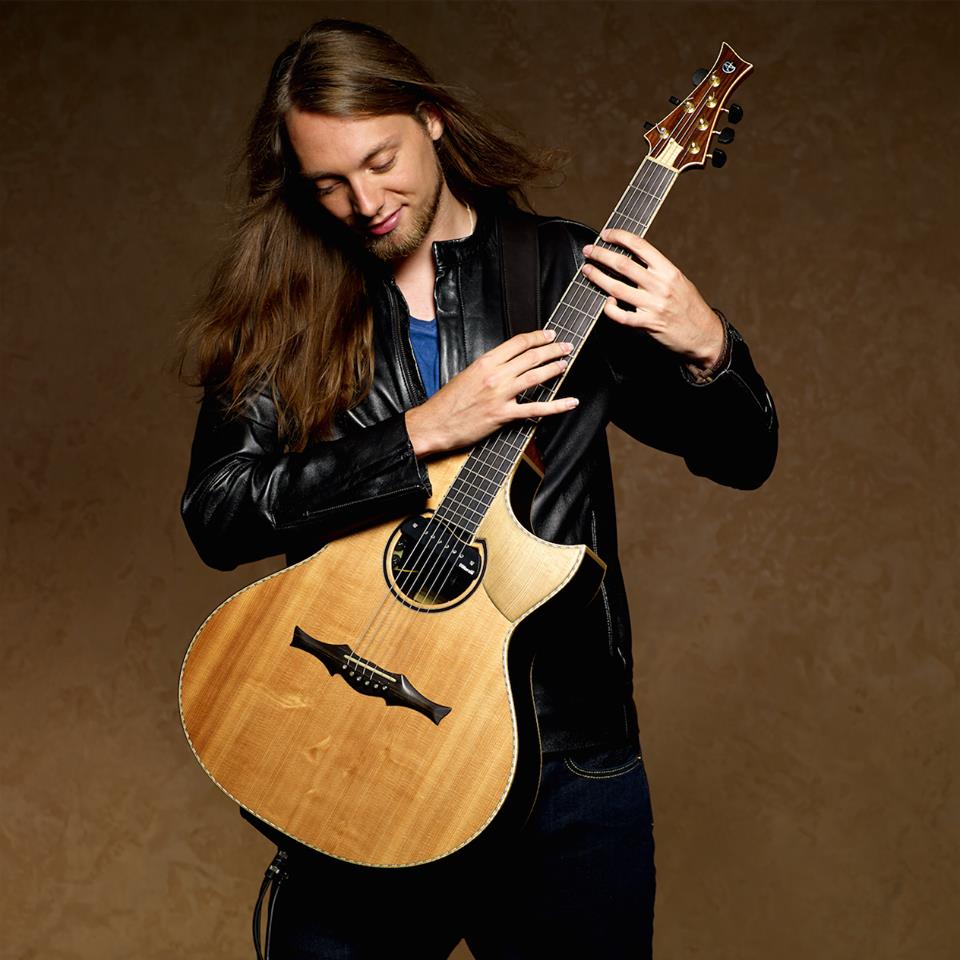 US and Europe Tour Dates Throughout Early 2016

Released on the 23rd of February 2016, you can view a special performance video of the track here

Never more comfortable than when on the road with his flight case and guitar, Mike is currently out on a huge 35 date US and Canada tour as part ofInternational Guitar Night alongside Lulo Reinhardt (great-nephew of the legendary gypsy-jazz pioneer Django Reinhardt), German acoustic virtuosoAndre Krengel and IGN founder Brian Gore.

In addition to this video, Mike is happy to announce that fans can get the song as a ‘pay what you want’ or free download charity single directly from his bandcamp at https://mikedawes.bandcamp.com/

100% of proceeds generated will go directly to Unicef to aid Europe’s refugee crisis, as well as FAB projects based in Kenya; a food, aid and building charity Mike has worked with for the past few years.

Periphery guitarist Mark Holcomb comments on the cover: “Mike is an extraordinary talent. He’s got a style that is completely unmistakable, and I can’t really compare him to anyone else in his genre. The first time I heard his cover of ‘Scarlet’, I was floored at how unique of a spin he put on the song. It’s moody and sombre, which is such a different feel from the Periphery version. But in my opinion, the best kinds of cover songs are the ones that give you a completely different perspective on what was written. Mike has accomplished just that.”

It does seem a little unusual for an acoustic performer to be covering a blistering track from one of metal’s hottest new prospects – his previous covers have included viral video versions of pop hits such as Gotye’s ‘Somebody That I Used to Know’ (4 million YouTube views) and David Guetta’s ‘Titanium’ (2 million) – but this is due to Mike’s close friendship with the band and his own personal infatuation with the genre.

“As a lifelong metal fan myself (my first concert was Iron Maiden at the age of 13) I really wanted my next arrangement to highlight the wonderful melodies and textures of a great metal track, arranged for an audience that may initially be put off by the volume and intensity of the original” explains Dawes of his latest video “In covering ‘Scarlet’, I’m really trying to express the core ingredients of the track, melody and harmony, as with any genre, and that once an individual can get over and accept the intensity of a metal arrangement you can find some of the most beautiful tunes out there. ‘Scarlet’ is a brilliant example of this and if just one acoustic guitar fan discovers the original, discovers Periphery or discovers metal through this cover, then the arrangement will have been a success.”

Mike has also announced further US and European tour dates for 2016 – full details of which can be seen at www.mikedawes.co.uk