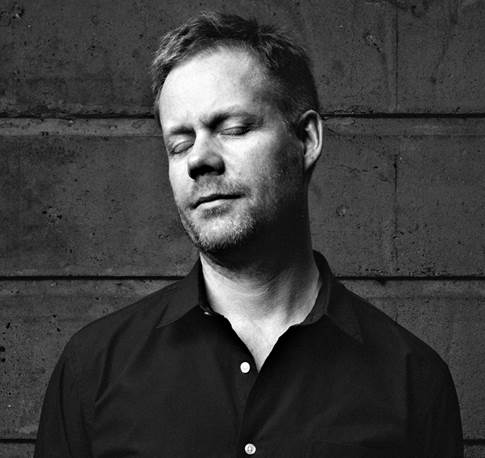 Due to huge demand Max Richter has added a second Barbican show, on Wednesday May 18th, which forms part of a major UK tour where The Max Richter Ensemble will perform from SLEEP (a shortened piece drawn from the full 8 hour SLEEP), plus music from The Blue Notebooks.

Prior to that, this March 15th, 16th and 17th The Max Richter Ensemble make the world debut public performances of SLEEP – Richter’s full 8 hour overnight piece – at Kraftwerk, Berlin, where attendees will be given a bed, from 10pm ‘til 8am.

The Max Richter Ensemble perform from SLEEP and The Blue Notebooks:

Within two weeks of their digital release, SLEEP and the one-hour adaptation from SLEEP had topped the iTunes Classical charts around the world, making it the best-selling classical album worldwide in 2015. SLEEP reached the #1 spot in 26 countries, whilst from SLEEP also hit the pop charts in several countries.

SLEEP and from SLEEP made Best Of 2015 lists in Rough Trade, Drowned In Sound, Crack and BBC 6 Music.  Building on this success, a series of SLEEP remixes will be released as an album digitally on 19th February and on vinyl on 4th March.

According to Crack, “Richter operates within a kind of Venn diagram space between alternative popular music and the avant-garde” and this remix project was born out of Max’s passion for and immersion in contemporary sounds, to which he views as of equal cultural importance to the classical world.

On Max Richter’s ‘SLEEP’ and ‘from SLEEP’:

·      “As much about somnolent near-silence as sound, the piece was haunting and beautiful, and yet more evidence, as if it were needed, of the enriching properties of art.” The Independent

·      “Richter has made something so wide and gentle that you think you might be able to live inside it. Exquisite”Pitchfork

·       ‘A modern composer par excellence, without fear and seemingly at the peak of his powers, SLEEP is a richly immersive and moving experience” The Quietus

·      “Lush, glacially-paced movements that continually glide in and out of focus like fragments of half- remembered dreams.” Crack

·      “Musically incredible and conceptually spot on. ‘Max Richter is truly a modern day musical genius” The Line of Best Fit

Max Richter says of SLEEP, composed in consultation with US neuroscientist David Eagleman, “This is my personal lullaby for a frenetic world – a manifesto for a slower pace of existence.” At the historic world premiere, he was joined by soprano Grace Davidson plus five string players, playing before an audience who were encouraged to lie on beds and experience the music through a state of sleep. The performance formed the centrepiece of BBC Radio 3’s “Why Music?” weekend, exploring the relationship between music and the subconscious mind.

Hailed as the most influential composer of his generation, Richter creates a sound world that blends a classical training with modern technology, with work including a series of acclaimed solo albums on FatCat and Deutsche Grammophon, concert and ballet music, and scores for award-winning films and TV series, including Waltz with Bashir and HBO’s The Leftovers. SLEEP and from SLEEP are part of his ongoing efforts to draw audiences back into contemporary classical music and regain “a shared communion in sound”.