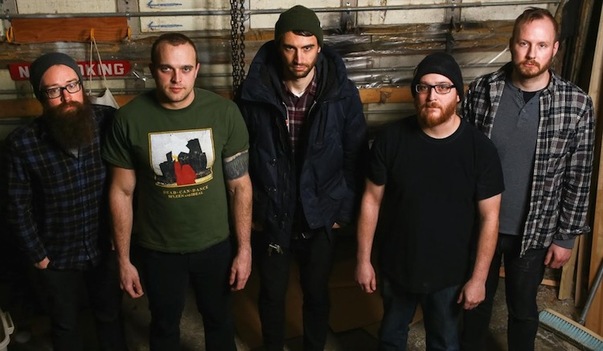 As Southern Lord prepares for the March release of II — the second LP from eradicating, Chicago-based, death metal horde Like Rats – founded by members of Weekend Nachos, the initial single of the album’s final track, “Grief Incarnate.” has been shared.

IMMERSE YOURSELF IN THE SCOURGE OF LIKE RATS’ “GRIEF INCARNATE”

With Like Rats, the focus of the beatdown is heavily influenced by death metal with generous helpings of caveman swing, with a catastrophic end result one may imagine by crossing the old-school slaughter of Incantation, Celtic Frost and Obituary over with the modern devastation of the likes of Nails, Black Breath and Dead In The Dirt. The band’s impending LP, II surges forth, delivering eight new tunes with thirty-three minutes of pure savagery. Recorded by Andy Nelson (Dead In the Dirt, Harms Way). The Weekend Nachos crew has spawned an entirely different beast with Like Rats and here lies the damaging proof.
LIKE RATS Live:
30/04/2016 TBA – Milwaukee, WI w/ Disrotted, Northless, Lifes, Owlscry [info]
01/05/2016 Downstairs – Chicago, IL w/ Disrotted, Staring Problem, Mexican Werewolf [info]
II will see release through Southern Lord digitally and on LP, and on CD titled as Like Ratscompiling every filthy note the band has ever recorded with twenty-two tracks in total. Preorders are available via the Southern Lord store.
“Calling to mind their contemporaries in Black Breath, Like Rats turn their focus to offering their own furious hardcore-inflected version of the crushing death metal of the likes of Entombed, Obituary, and Death. ‘Grief Incarnate’ is a crusher of a riff-delivery device, a consistent head-bobber of the highest order.” – INVISIBLE ORANGES/BROOKLYN VEGAN
http://www.likerats.net
http://www.facebook.com/likeratschicago
http://www.southernlord.com
http://www.southernlord.bandcamp.com
http://www.facebook.com/SLadmin
http://www.twitter.com/twatterlord