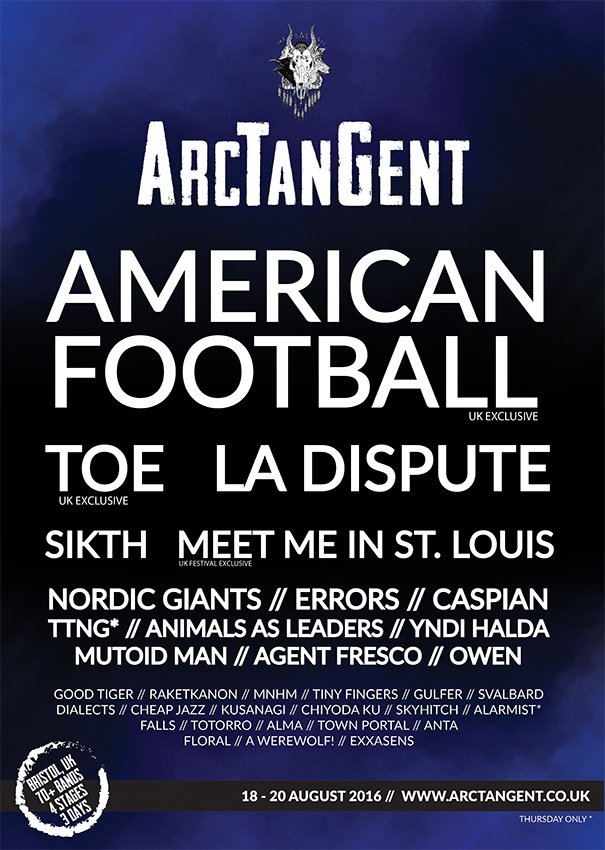 Tickets are on sale now from www.arctangent.co.uk/tickets.

ArcTanGent’s band booker James Scarlett says “We’ve got such an eclectic, international line up this year and I’m very excited! We’ve really expanded our search for bands worldwide and have acts coming from at least 12 different countries and 3 continents. If you’re a connoisseur of Math-rock, Post-rock or anything slightly outside of the mainstream then ArcTanGent is the only place to be this August!”

James continued: “We’ve also got some amazing exclusives. American Football and Toe will be playing their only UK shows of 2016 and when I heard that Meet Me In St. Louis were reforming I was determined to bring them along to the party. This will be their only festival of 2016. We’re not sure how long the band will be back together for so it could even be their last ever show. Any fans of Meet Me In St. Louis really should not risk missing this!”