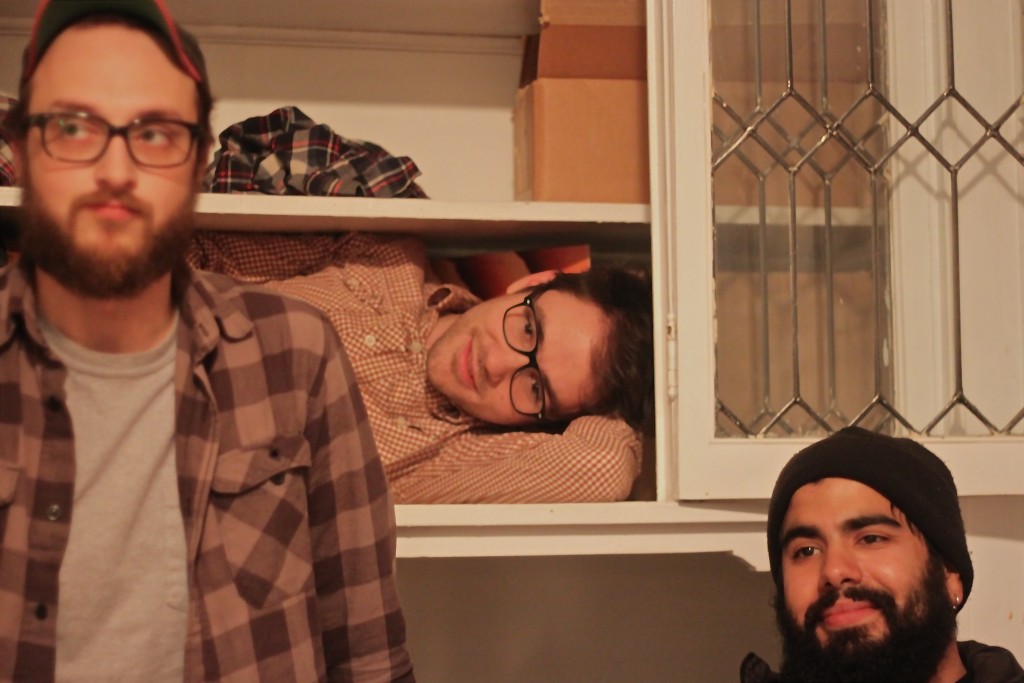 “Life Is Alright, Everybody Dies” Out February 19th via Midnight Werewolf + Exploding In Sound Records

Boston indie-sludge trio Kal Marks will released their new album Life Is Alright, Everybody Dies on February 19th via Exploding In Sound and Midnight Werewolf Records. The long awaited follow up to Life Is Murder finds the band taking a sunnier disposition… though just slightly. SPIN premiered “Coffee,” the album’s third single, sharing: “Despite its mostly slow pacing, “Coffee” isn’t stagnant, constantly revolving its chord progressions and intensity. The focus stays on the bass and Shane’s voice, which sounds tired and far away throughout the song — until the end, when the rhythm picks up and Shane’s weary singing surges to a strained yell.”

“[its] about trying to find someone who you can spend your life with, and who can tolerate your bullshit. Someone to share a cup of coffee with. Someone who can standby you even when you’ve seen hell and live in constant fear of the world. The song is about how honorable that person is. My folks have that, and some dear friends have it to.”

Kal Marks will be hitting the road for a US tour in support of Life Is Alright, Everybody Dieswith dates throughout February and March with Two Inch Astronaut and Left & Right, including a run of “unofficial” shows during SXSW. If you’re interested in having the band play your showcase, party, house show, etc., please don’t hesitate to get in touch. Their tour will conclude with a homecoming show on April Fool’s Day (April 1st), a fitting return for a band that offer a light hearted look at heavy subject matter.

A self-proclaimed “loud, heavy, spirited group of folks that are a little tired of rock and roll,” Boston rockers, Kal Marks, write songs that are heavy in sound and subject matter. Lead by Carl Shane (guitar/vocals) and accompanied by Michael Geacone (bass) and Alex Audette (drums), the trio makes music that is candid in delivery and brash in execution.

On the band’s newest album, Life is Alright, Everybody Dies, out February 19th via Exploding in Sound and Midnight Werewolf Records, Kal Marks explores the more ominous side of life, examining themes such as unfairness, cruelty, pain, and abuse of power through audaciously honest lyrics which are delivered by Shane’s trademark vocals, a potent combination of apprehensiveness and defiance. Despite the weighty subject matter that Kal Marks’ songs deal with, there is an underlying message, found somewhere between the layers of palpitating guitar riffs and thundering bass lines, that encourages listeners to make the most of their time here, in spite of all of the chaos they may encounter along the way.

Kal Marks makes music that expresses a generation’s frustration with its present, in which forthright lyrics and bustling melodies combine to form a resounding call to action for a not-so-messed-up future. ”

1. Life Is Alright
2. Mankind
3. Sweet Lou
4. Dorothy
5. Loneliness Only Lasts Forever
6. It’s So Hard to Know How to Say Goodbye
7. Everybody Dies
8. Heavy Hands
9. Coffee
10. Grass Is Green, But Sometimes Its Brown