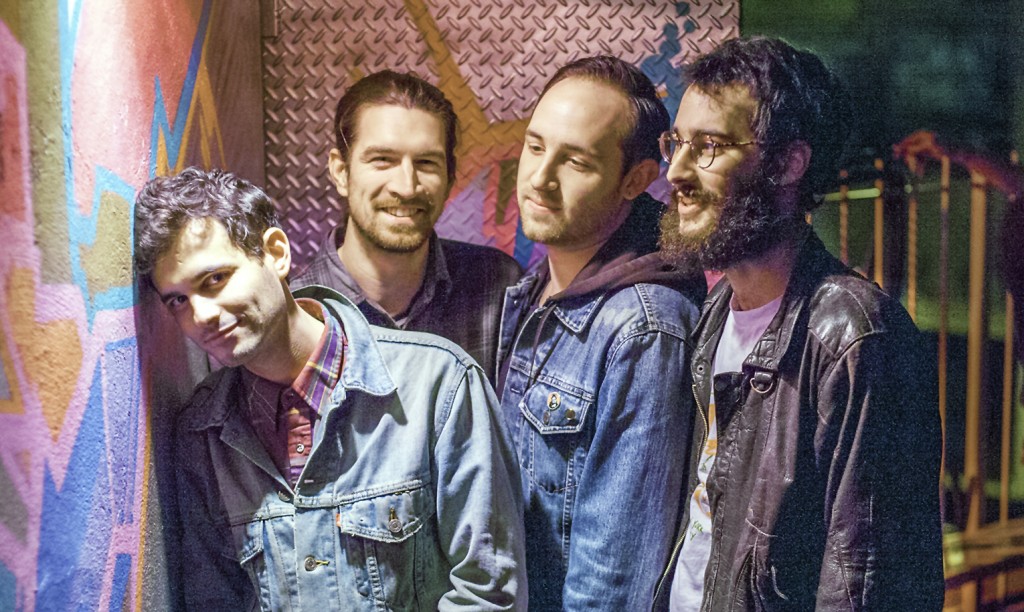 Brooklyn’s Journalism are set to release their full length debut, Faces, on March 4th viaDead Stare Records and today they’re sharing the album’s third single, “Everywhere I Look” with Brooklyn taste makers Thrd Coast. While first single “Watching & Waiting” found the band exploring breezy art-pop and “Faces I” had them in motorik fueled krautrock territory, “Everywhere I Look” offers another side of the band. A slow burning ballad packed with building tension and gradual release, the singles works quiet verses and loud hooks into radio friendly bliss over a truly epic progression.

Thrd Coast premiered the track, speaking to it’s charm, “It’s brooding in one moment and explosive in the next, and it keeps you on your toes while Kegan Zema’s vocals string the disparate tones together” before concluding with “With a single this nuanced, we can’t wait to hear the rest of Faces“.

“This song was written a long time ago almost entirely by Owen Keiter (bass). There are demo recordings featuring a plethora of alternate and ill-informed arrangements: a jangly acoustic version, a Beatles-eque piano ballad or as a Black Keys song complete with a faux-horn line during the instrumental section. It never sounded right. It wasn’t until a few weeks before recording the album that we finally wrote out the harmonizing guitar arpeggios that open the track. This cemented the kind of vibe we wanted for it, harkening back to The Bends-era Radiohead. It has always been a substance-driven track though. The repetitive and sparse verses are simple yet beautiful in the vein of the classic songwriters we admire. It aims at the similarly general, yet ultimately profound thoughts that are the hallmark of great pop songwriting.”

“leaves you in a trance full of good vibes … The uptempo bass and guitar riffs give the song a perpetual groove contrasting somewhat with Zema’s raspy delivery of the lyrics. His voice brings up imagery of gravel on velvet as he belts out the barely audible chorus” – The Fader