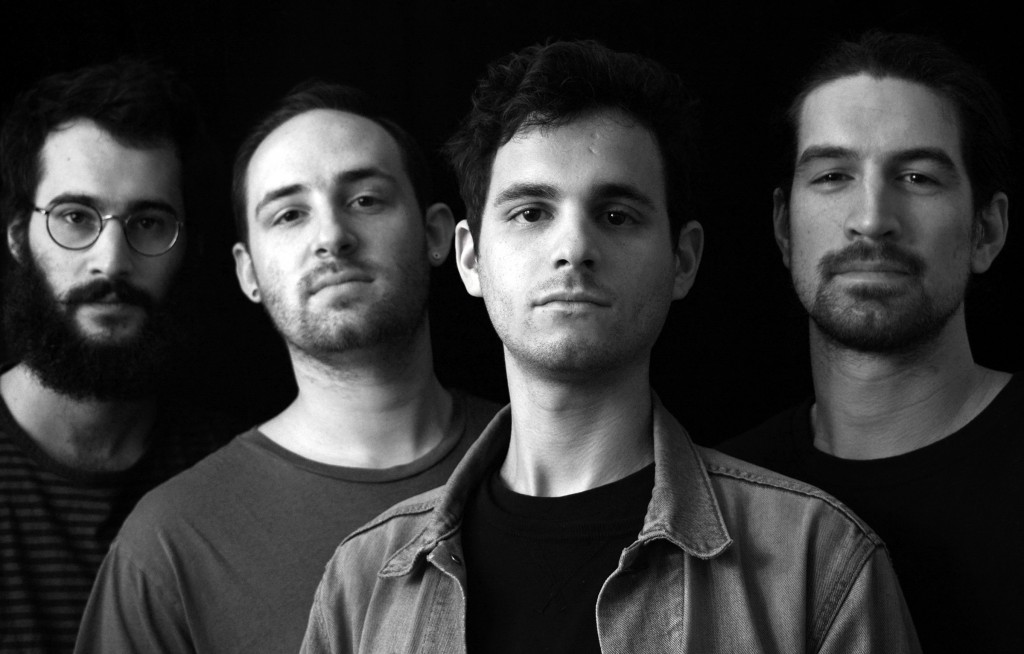 Journalism Share Hypnotic New Single “Faces I” with The FADER

LISTEN TO “FACES I” HERE

Brooklyn’s Journalism are set to release their full length debut, Faces, due out March 4th via Dead Stare Records. The quartet’s long awaited debut is an exciting record that blends boisterous indie rock, fuzzy krautrock, reverberating post-punk, and big hook-fueled pop songs to create anxious and contemplative art-pop that shines in the darkness. The band are sharing the premiere of their infectious new single “Faces I” which The FADERsaid “leaves you in a trance full of good vibes” before expanding on the song, adding, “The uptempo bass and guitar riffs give the song a perpetual groove contrasting somewhat with Zema’s raspy delivery of the lyrics. His voice brings up imagery of gravel on velvet as he belts out the barely audible chorus”.

“Faces I” finds Journalism embracing a motorik beat and an undeniably hypnotic groove that resonates among the band’s finest work to date. The song’s lyrics playfully highlight the falsities of the rock and roll illusion, especially in “current times” as Journalism’s Kegan Zema sees it. Discussing the single, Zema shared:

“I wrote much of the lyrics to this song about things we were feeling at the time as a band. Issues ranging from self-doubt and branding, to gear malfunctions are discussed in the opening lines. The minutiae are brought to the forefront of the driving beat — we are moving toward something. The chorus features the snarky and nearly indecipherable lines “Playing rock and roll / No one hears the words” cascading along with the guitar line. It highlights the stark but prevalent dichotomy of pouring emotion into your work only to blast it out inside tiny venues. Still, as the narrative continues, the character resigns themselves to the life they’ve chosen, feeling fated to pursue artistic endeavors despite the anxiety associated with it.”

Hayden Calnin is Back With A New Single