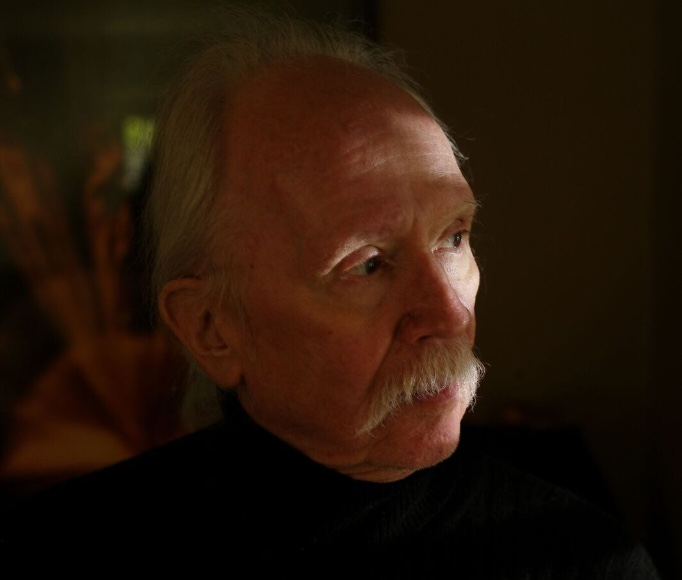 ‘Distant Dream’ is a perfect sci-fi fever dream, built on swelling synthesizer and pulsing drum machine. The track is one of Carpenter’s creepiest works to date – proof the ‘70s horror genre’s innovator is still also its leader in 2016.

The track accompanies a string of new live dates, including first ever appearances in the U.S., adding to the previously announced UK shows and European festival dates. These shows will be Carpenter’s first ever live performances and will see him take to the stage accompanied by his son Cody Carpenter, godson Daniel Davies and a full backing band, performing his classic film score themes and recent works from Lost Themes I and II.

On Halloween 2014, the director and composer John Carpenter introduced the world to the next phase of his career with “Vortex,” the first single from Lost Themes, his first-ever album of non-soundtrack material. In the months that followed, Lost Themes rightfully returned Carpenter to the forefront of the discussion of music and film’s crucial intersection. Carpenter’s foundational primacy and lasting influence on genre score work was both rediscovered and reaffirmed.  Lost Themes was also a milemarker in its label’s catalog, being one of the best selling albums in Sacred Bones’ eight-year history.  So widespread was the acclaim for Lost Themes that the composer was moved to embark on something he had never before entertained – playing his music live in front of an audience.

Now, Carpenter prepares to release a sequel to Lost Themes: Lost Themes II, which is due for release on April 15th via Sacred Bones.

The follow-up album brings quite a few noticeable changes to the process, which result in an even more fluid and thematic record. Lost Themes’ cowriters and musicians Cody Carpenter (John’s son) and Daniel Davies (John’s godson) both returned.  Unlike their first album, when they often worked over the internet exchanging themes over the course of several years, this time all three brought in sketches and worked together in the same city. The result was a more focused effort, one that was completed on a compressed schedule — not unlike Carpenter’s classic, notoriously low-budget early films.  The musical world of Lost Themes II is also a wider one than that of its predecessor; more electric and acoustic guitar help flesh out the songs, still driven by Carpenter’s trademark minimal synth. Lost Themes II delivers eleven compelling new tracks with which fans can continue to score the movies in their minds.

“Distant Dream” is available as an instant grat download when preordering Lost Themes II on iTunes at: http://smarturl.it/LostThemesIIiTunes

HEARTSOUNDS Premiere New Music Video for ‘A Total Separation of Self’