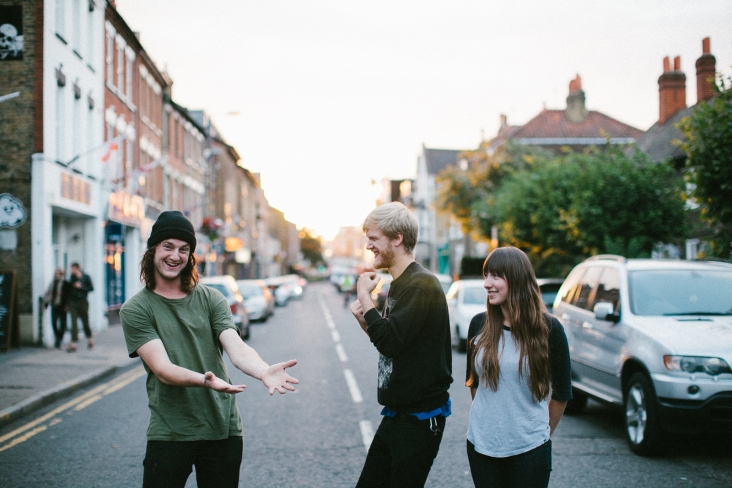 Great Cynics Premiere Video For “Want You Around”
via The Nerdist

On Tour This Spring With Jeff Rosenstock

Great Cynics are premiering their new music video for “Want You Around (Chunky)”now via The Nerdist. The song comes off their most recent record I Feel Weird, out now via Lame-O Records and Specialist Subject. UK’s resident cheery-punk band will be on tour in the UK and Europe with Jeff Rosenstock this spring. A full list of dates can be found below.
Watch the video for “Want You Around (Chunky)” now via The Nerdist.
Starting off as an acoustic solo project of Giles Bidder, Great Cynics recorded their first album in 2011 before they’d played a show. A few years later, the London/Devon indie punk-rock trio take their Lemonheads, Billy Bragg and Replacements influenced sound to a faster, shorter place on their third album, to be released in 2015 on Specialist Subject Records (UK) and Lame-O Records (US). Having recently toured with Joyce Manor and Cheap Girls, as well as a six week tour in Australia with The Smith Street Band and PUP, the DIY band are at their finest.