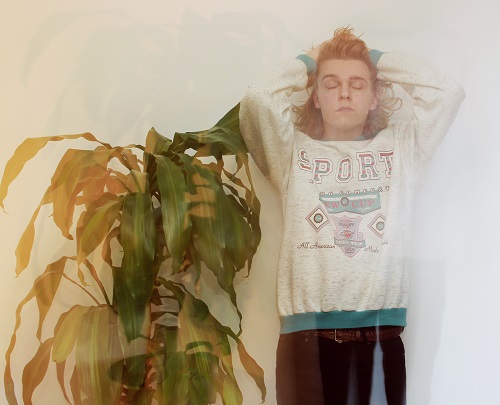 ‘a gigantic, day-glo pop explosion’ – The Line Of Best Fit

‘a ray of light’ – Indie Shuffle

An anthemic mix of busy drum beats and infectious synths with Jaakko’s delicate voice woven throughout, ‘Himalaya’ is at once both an impressive wall of sound and a harmonious listening experience.

In the Turku-born musician’s own words, it’s a track which balances different contrasts, such as ‘silence and noise’ and‘ethereal walls of reverb and a rave in a distant forest’. Pairing the spirited instrumentation of his earlier material with spacious soundscapes, the result is his characteristic take on offbeat pop, coloured with playful arrangements and unconventional song structures that draws comparisons to the likes of Passion Pit, Yeasayer and The Naked and Famous.

‘Himalaya’ is the first glimpse of Jaakko’s forthcoming debut album, produced by art rock wizard Artturi Taira. Former frontman of pioneering Finnish band Rubik, whose releases received praise across the board from Consequence of Soundand Spin to Nylon, he is sure to bring his own talents to bear on the record, set for release later this year.

Of Jaakko’s previous single, ‘Shadow Boxer’, which spent 22 weeks playlisted on Finland’s national station YleX, All Things Go Music commented, ‘leave it to Finland to come up with one of the more imaginative pieces of indie pop we’ve heard in a while’ – and ‘Himalaya’ undoubtedly follows suit. Inventive, playful and offbeat, Jaakko Aukusti is clearly one of his native country’s most promising new exports.

Adelphia Reveal Video for New Single ‘If I Fall’