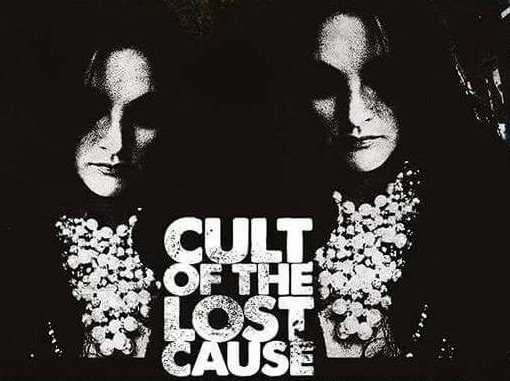 Cult of the Lost Cause stream entire forthcoming album early via Metal Injection
RIYL: Neurosis + Russian Circles + High on Fire + Pelican
“The instrumental band you’ve been wanting to hear, whether you know it or not. You really need to get some Cult of the Lost Cause all up in your eardrums.” — Metal Injection
Denver post-metal trio Cult of the Lost Cause stream their forthcoming sophomore albumContritions in its entirety starting today via Metal Injection. The full length Metal Injection praises as “a slow-motion apocalypse” and ” weirdly unsettling” is available to hear and share HERE.
Metal Insider recently launched the incisive, icy tune “All Those Opposed”, available to hear and share HERE. Ghost Cult Magazine shared the gnarled atmospherics of “Hessian Crucible” HERE. And, Metal Injection previously shared album track “The Drowned God”, available to hear and share HERE.
Cult of the Lost Cause play an album release party in Denver, CO on February 27th, followed by regional dates to be announced soon.
Cult of the Lost Cause’s take on instrumental music eschews the cliches of solos and jams to focus on creating well crafted, dynamic songs, performed with intent. Bringing a bombastic set of music, focused on balancing beauty and brutality, their 2013 self-titled debut caught the attention of Denver’s Sailor Records, who will be releasing Cult’s second album Contritions on February 26th, 2016.
Since forming in 2011, Cult of the Lost Cause has endeavored to create songs that stand up, first and foremost, in the live environment. Cult of the Lost Cause shows have been heralded as must-see live performances, blending undeniable creativity with intensity and fun. As an instrumental band, their focus is on creating a sincere, no frills experience that engages the listener through unrestrained movement, commanding volume, and raw emotion.
In July 2015, the trio entered Flatline Audio in Denver to record Contritions with producer Dave Otero (Cephalic Carnage, Khemmis, Native Daughters). Always devoted to pushing their limits, the new songs are crafted to exist at the delicate balancing point between full scale rock anthems and noise-soaked chaos.
For some, a wide variety of styles results in confusion and sloppy songwriting. Cult of the Lost Cause, however, pull from this wellspring with purpose and intent, to create a focused, no-nonsense identity, unconfined by popular trend. The result is a cathartic musical experience that brings both band and listener together as equal participants in the emotional and physical experience of each song.
CULT OF THE LOST CAUSE LIVE:
02/27  Denver, CO @ 7 South (Album release party)

Artist: Cult of the Lost Cause
Album: Contritions
Label: Sailor Records
Release Date: February 26, 2016
01) All Those In Favor
02) All Those Opposed (STREAM)
03) Hessian Crucible
04) The Drop
05) The Cloud Collector
06) The Drowned God (STREAM)
07) Wall of Bones
08) The Gemini
On The Web:
facebook.com/cultofthelostcause/
cultofthelostcause.bandcamp.com
www.sailorrecords.com