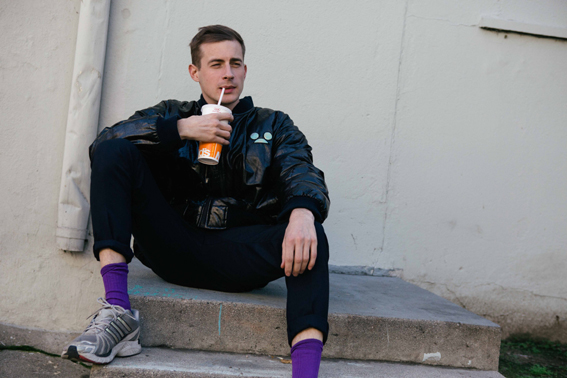 Dinner is Danish producer and singer Anders Rhedin. Dinner leads a nomadic existence, dividing his time between Los Angeles, Copenhagen and Berlin.  So far, Dinner has 3 EPs and a guided hypnosis tape under his belt. This spring sees the release of his debut album Psychic Lovers, out April 1 via Captured Tracks.

Recorded in Copenhagen and LA, Dinner finished a version of Psychic Lovers after 4 months of intense work but decided to scrap everything and start over.  The reworking of the album took an additional 5 months.  Whether the finished album lives up to Dinner’s vision only Dinner knows.  Musically, the album exists in its own space between the 80’s, 90’s and the present.  The songs are pop songs held together by somewhat idiosyncratic arrangements.

Opener “Cool As Ice” sounds like the soundtrack to David Lynch directing Miami Vice with overdriven synthetic strings and an equally eerie and funky slap bass that slowly grow into a pop structure.  “Turn Me On” invokes the feeling of Sade recorded on VHS fronted by Klaus Nomi’s baryton-possessed ghost, or a warped jingle from The Home Shopping Network. The song “Lie” has distinct Nico-esque undertones and John Cale-ish overtones wrapped in 80’s melancholy, while “Wake Up” and “The World” explore inverted 90’s Euro-pop. 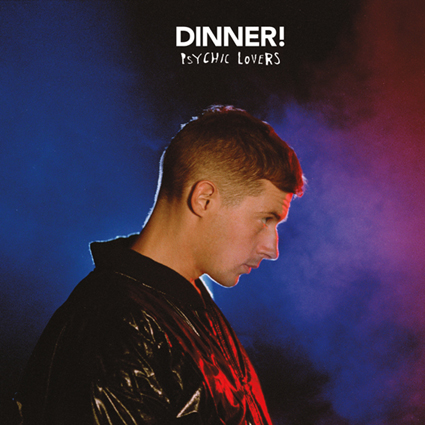