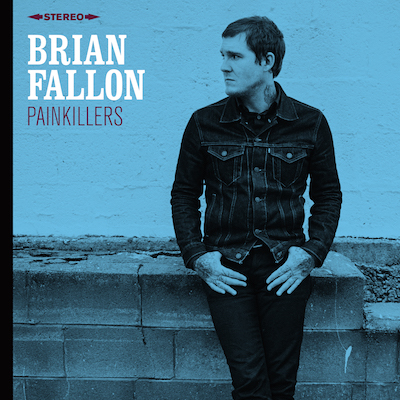 The Gaslight Anthem’s Brian Fallon releases his hugely anticipated debut solo album PAINKILLERS on March 11, 2016 on Virgin EMI Records. The album is open for fans to pre-order, with a number of tracks now available as instant downloads through iTunes.

The first single “A Wonderful Life” is joined by recently unveiled track “Nobody Wins” which had it’s video premiere today. Fans can hear the tracks on Spotify before downloading them instantly as part of the album pre-order on iTunes.